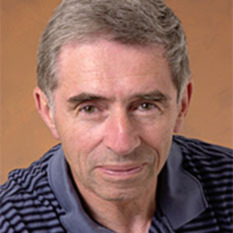 Viktor Kerzhanovich is Principal Member of Technical Staff of the Mobility and Robotic Systems Section of the Autonomous Systems Division. He joined JPL in 1997 and since he is actively involved in development of planetary robotic balloons including conceptual design, modeling, simulation and flight tests. Some of these concepts were base of five Discovery mission proposals.

Viktor received his B.S. degree in Physics from Moscow State University of the former USSR in 1961, Candidate of Sciences and Doctor of Sciences degrees in physics from Space Research Institute of Russian Academy of Sciences. He pioneered and led experiments on atmospheric dynamics and was Co-Investigator for other experiments on 15 Soviet Venera and Mars missions that include probes, balloons and orbiters. Viktor participated at all phases from concept development to implementation and mission operations. He received the USSR State Prize and several NASA Group Achievement Awards.