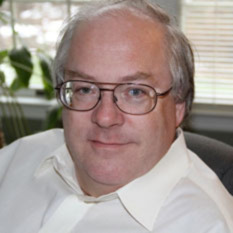 Dr. McNutt is the chief scientist in the Space Department at the Johns Hopkins University Applied Physics Laboratory, which he joined in 1992. As project scientist for the MESSENGER mission, he serves as the principal investigator's "right-hand man" in making sure that the spacecraft, mission design and experiment plan answer all six of the major science questions the project will investigate at the innermost planet. He will participate in analysis of Mercury's surface composition using data from MESSENGER's X-Ray Spectrometer and Gamma-Ray and Neutron Spectrometer instruments.

Dr. McNutt is also a co-investigator on NASA's New Horizons (Pluto-Kuiper Belt) mission, a team member of the Cassini Ion Neutral Mass Spectrometer investigation and a science team member of two Voyager investigations. He has been involved in a range of space physics research projects and mission studies, including studies of the magnetospheres of the outer planets, the interaction of the solar wind with the interstellar medium, solar neutrinos, and solar probe and interstellar probe missions for the future.