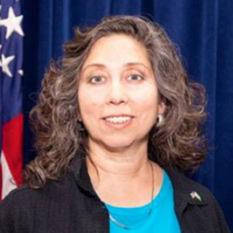 Nagin Cox graduated from Cornell University with a BS in Operations Research and Industrial Engineering and a BA in Psychology and was commissioned as an officer in the US Air Force. She worked in F-16 Aircrew Training and received a masters degree in Space Operations Systems Engineering from the Air Force Institute of Technology. As a captain, she served as an Orbital Analyst at NORAD/Space Command in Cheyenne Mountain, Colorado Springs. In 1993, joined the Jet Propulsion Laboratory (JPL) and has since served as a systems engineer and manager on multiple interplanetary robotic missions including NASA/JPL’s Galileo mission to Jupiter, the Mars Exploration Rover Missions and the Kepler telescope mission to search for earth-like planets around other stars. She is currently on the mission operations team for Mars Science Laboratory (MSL)—NASA’s Mars Curiosity Rover. 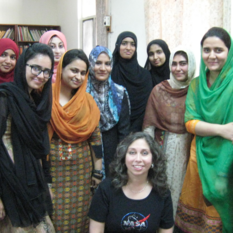 Nagin Cox, a systems engineer and manager at the Jet Propulsion Laboratory currently working on the mission operations team for Curiosity, tells us about a trip she took to Pakistan as an ambassador for science and technology.