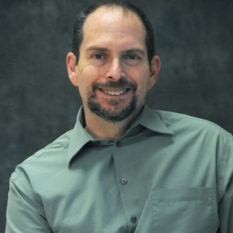 Jonathan Lunine is the David C. Duncan Professor in the Physical Sciences and the Director of the Center for Radiophysics and Space Research at Cornell University. Lunine is interested in how planets form and evolve, what processes maintain and establish habitability, and what kinds of exotic environments (methane lakes, etc.) might host a kind of chemistry sophisticated enough to be called "life". He pursues these interests through theoretical modeling and participation in spacecraft missions. He works with the radar and other instruments on Cassini, continues to work on mass spectrometer data from Huygens, and is co-investigator on the Juno mission launched in 2011 to Jupiter. He is on the science team for the James Webb Space Telescope, focusing on characterization of extrasolar planets and Kuiper Belt objects. Lunine is currently PI for a JPL-led study to send a probe into Saturn's atmosphere, and has contributed to mission concept studies for space-based astrometry and microlensing missions. Lunine is a member of the National Academy of Sciences and has participated in or chaired a number of advisory and strategic planning committees for the Academy and for NASA.