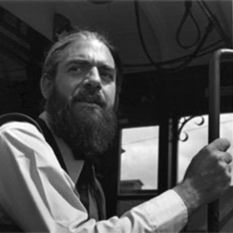 A legend among science writers, Jonathan Eberhart covered the birth and adolescence of space exploration for Science News from 1960 to 1991. He was the Space Sciences Editor for Science News and won the American Association for the Advancement of Science Writing Award for his coverage of the Viking mission to Mars. He was forced to retire from his journalism career in 1991 due to advancing mutiple sclerosis, and died from complications of the disease on February 18, 2003.