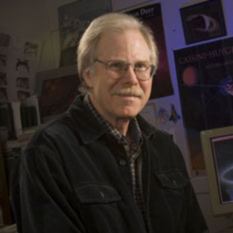 Dr. Jeffrey Cuzzi is a research scientist at NASA Ames and the former lead of the rings subgroup of the Voyager Imaging Team. He was selected in 1990 as Interdisciplinary Scientist for Planetary Rings on the NASA-ESA Cassini-Huygens mission. For his research in planetary rings, he received the Lawrence Sperry Award of the AIAA, and has been awarded NASA's Medal for Exceptional Scientific Achievement twice. In 2010, he was was also bestowed the Gerard P. Kuiper Prize, the most prestigious individual award in planetary sciences.