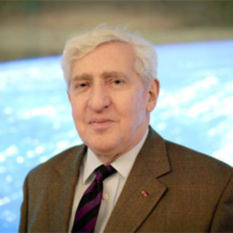 Jacques Blamont has been a Professor of Physics at the University of Paris since 1957. He directed the first launches of the French Veronique rockets in 1957 and was instrumental in creating the French space agency CNES in 1962. In 1972 he became Chief Scientist and Adviser to the Director General of CNES. Blamont was a member of the Science Steering Groups on the NASA missions Voyager, Pioneer-Venus, and of the USSR mission Vega to Venus and Halley's comet; and a prime investigator on the Soviet Union's Phobos mission. Blamont is a member of The Planetary Society’s Advisory Council.