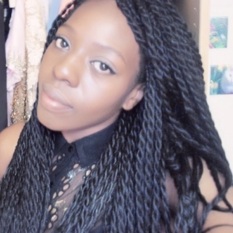 Hadiza Mohammed runs Women Rock Science, an organization that promotes and tells the stories of women and girls in science. She is an advocate not only for increasing the number of women and girls in STEM fields but also for reaching men and boys and getting them question the lack of female presence in their science books, awards ceremonies and workspaces. The Women Rock Science Tumblr sees tens of thousands of shares and reposts monthly with most followers being ages 13-21. It celebrates diversity and highlights the intersections between gender, race, religion and scientific recognition.

She is currently working as a civil and sustainability engineer in London with a specialism in gender and the built environment. She is specifically investigating the inequality of sanitary provision across gender lines and measuring its effects in the developed world. You can find her on twitter where she discusses science, technology, sustainability and feminism.

Women scientists: Tell Your Story and Inspire Others in Astronomy

Women Rock Science is working with the Knowledge Observatory to create an interactive display of women in astronomy from all over the world for an upcoming science festival.