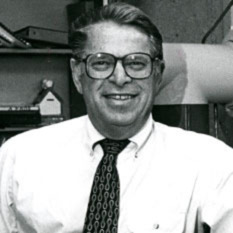 Elliott Levinthal was a professor emeritus in Stanford University's School of Engineering. He served as deputy team leader of the Viking 1975 lander imaging team. He also served as a member of the NASA Advisory Council, the National Academy of Sciences Space Studies Board, and its Committee on Human Exploration. He passed away on January 14, 2012.