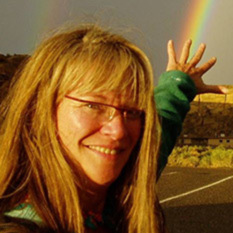 Cherilynn Morrow serves as a Project Director in the Education Division of the SETI Institute. She is the leader of international education and public outreach for NASA's Lunar Reconnaissance Orbiter to be launched in fall 2008. She is also the education and public outreach lead for the proposed Discovery-class Venus orbiter called Vesper. She traveled to Japan in September, 2007 to witness the launch of KAGUYA, and sent back these reports.