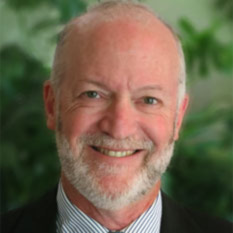 MAVEN Mars orbiter Principal Investigator Bruce Jakosky is a Professor in the Laboratory for Atmospheric and Space Physics and the Department of Geological Sciences at the University of Colorado in Boulder, and also heads up the University of Colorado's team in the NASA Astrobiology Institute. He teaches undergraduate and graduate courses in both Earth and planetary geology and extraterrestrial life, including both the science and the societal and philosophical issues relating to the science. He has been involved with several space missions, including Viking, the Solar Mesosphere Explorer, Clementine, Mars Observer, Mars Global Surveyor and Mars Odyssey. He also serves as a member of the Planetary Society's Advisory Council. 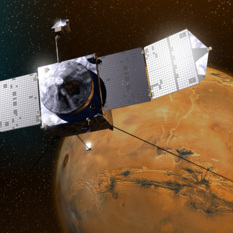 Mars was once a warm and wet world. Then its dense, protective atmosphere mostly vanished. Learning why was one of the greatest mysteries in planetary science. The answer has just been delivered by the MAVEN orbiter.

The MAVEN mission to Mars was just approved for a two-year extended mission that runs through September 2018. Now is a good time to take stock of we've learned so far and to describe the plans for the extended mission.