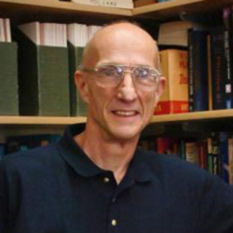 Andrew Ingersoll, Earle C. Anthony Professor of Planetary Sciences, has been a leader in the investigation of planetary weather and climate for nearly five decades. His research has included studies of the so-called runaway greenhouse effect that is thought to have boiled away Venus's oceans, the presence of liquid water on Mars, the supersonic winds on Jupiter's moon Io, and the atmospheric dynamics of Jupiter, Saturn, Uranus, and Neptune. He has been a key player on the instrument teams for many NASA/JPL missions, including Pioneer Venus, Pioneer Saturn, Voyager, Mars Global Surveyor, Galileo, and Cassini.