A team of international scientists has discovered an antiproton belt around the Earth, using data obtained from PAMELA, a particle identification instrument aboard a Russian Earth observation satellite. The finding confirms prior theories regarding the existence of such a belt, which constitutes the largest known cache of antiprotons near our home planet. Could the find lead to the development of new forms of spacecraft propulsion?

PAMELA, the Payload for Antimatter Matter Exploration and Light-nuclei Astrophysics, has been in orbit since June 2006, investigating elusive cosmological and astrophysical concepts like dark matter and antimatter. The device's instruments are capable of detecting a range of particles like antiprotons at various energy levels. It's been doing that rather well; the original mission duration was three years, and PAMELA continues to produce results as it enters year five. 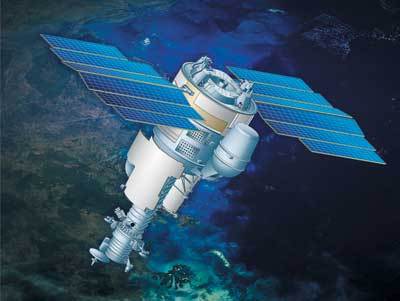 PAMELA, the Payload for Antimatter Matter Exploration and Light-nuclei Astrophysics

Among those results is a paper titled "The discovery of geomagnetically trapped cosmic ray antiprotons," published July 25, 2011 in The Astrophysical Journal Letters. The paper, published by a team of Italian, Russian, German and Swedish researchers, says that PAMELA has detected antimatter, which refers to particles of matter with the same mass, but opposite charge, as normal matter. For instance, protons have a positive charge; antiprotons have a negative charge. When antimatter and matter particles collide, they annihilate each other, their mass flashing into pure energy. Scientists have long speculated that the energy from such collisions could be used to create forms of propulsion billions of times more powerful than chemical combustion engines. The concept of "warp drives" in science fiction are often centered around this concept.

Unfortunately, before we call in the crew of the starship Enterprise, there are a few problems to overcome. First of all, it's not exactly easy to capture and store antimatter. In fact, at this point the record for hanging on to antimatter is 1,000 antihydrogen atoms held for sixteen minutes, set in June 2011 during an experiment at the European Organization for Nuclear Research in Geneva, Switzerland.

Secondly, assuming you could capture and store the antimatter, creating controlled matter-antimatter reactions to propel a vehicle without destroying yourself in the process requires technology that isn't leaving the drawing board anytime soon. Encouragingly, the idea has been legitimately studied; a 2006 report by the NASA Institute of Advanced Concepts (PDF, 4MB) explores the idea and lists technology gaps that must be filled before antimatter propulsion becomes a reality.

For now, the concept of antimatter propulsion is trapped in the realm of science fiction. The discovery of Earth's antiproton belt could help the concept make some progress in becoming science fact, since it could potentially represent an in-space cache of antimatter, if only we could figure out how to harvest and store it. Earth observation instruments like PAMELA are bringing us one step closer to a future where sailing boldly through the cosmos is a no longer a fantasy.