Mars Science Laboratory is a fiendishly complex mission. It took 11 years to develop, yet was rushed the whole time; cost $2.6 billion, yet had to cut corners to make ends meet. Its "sky crane" landing method seemed utterly crazy to absolutely everyone, yet it worked perfectly. Understanding how all its parts and technology came together is a daunting challenge -- and I say that as an author writing my own book about the mission. So I am both elated and relieved that Rob Manning and William Simon have written Mars Rover Curiosity: An Inside Account from Curiosity's Chief Engineer

. The book delivers on the promise of its title, in a slender volume that is full of great stories you'll read nowhere else.

Rob's casual style makes it easy to understand the physical concepts and challenges of developing and building Curiosity. He was not always Curiosity's chief engineer -- his responsibilities bounced around from program to program at the Jet Propulsion Laboratory, and he worked on Pathfinder, the Mars Exploration Rovers, and also had a stint as JPL's whole Mars program chief engineer. Consequently, the story comes in and out of focus as his role was closer to, and farther away from, the mission. But he was on the team that developed the original "rover on a rope" idea for landing a large rover. He credits himself with the rope idea, explaining the thought process that got him there from Viking and Pathfinder, and credits Dara Sabahi for realizing that they might be able to do away entirely with a lander under the rover.

Rob became the project's chief engineer late in 2007, working insane hours with the team to attempt to make the 2009 launch date, and dealing with the fallout when they ran out of time and slipped to 2011. Throughout the book, he frankly admits the miscalculations and overconfidence that led to Curiosity's launch delay and cost overruns, and honestly shares his emotional responses to the challenges -- the anxiety, the frustration, the depression. Rob on paper is just as enthusiastic and open as he is in person.

Things got better, of course, but Rob's work didn't end with launch; Curiosity lifted off without software necessary for surface operations, and there were plenty of problems during cruise and after landing to keep the engineers on their toes. (The book covers the mission through the sol 200 anomaly, briefly mentioning the drilling at Yellowknife Bay.) There were even other potential problems, discovered later, that could've doomed the mission. Here's one anecdote from the book that shook me:

We were to discover after Curiosity had landed on Mars that we had missed a crucial item. The long list of variable parameters had not included one that should be obvious: gravity. In the simulations, the EDL team used a fixed value for gravity that was rather generic for that part of Mars. We failed to take into account that the shape of the surrounding terrain and hills might affect the actual gravity, and because we didn't try other values, we didn't notice just how sensitive the landing was to being slightly off with the value the team had chosen. The value for Mars gravity used in the simulation turned out to be slightly too high -- very slightly, only 0.1 percent -- but significant enough that Curiosity's slowest-ever landing was even slower than we expected. If EDL had taken much longer, the lander could have run out of fuel, the rockets would have been unable to slow the craft sufficiently, and the landing would have turned into a disaster....Just as with the Mars Climate Orbiter navigation mistake, this was a mistake no JPL team will ever make again.

Yikes. There are lots of other stories like these that I had never seen anywhere -- and I have looked and looked for stories about the development of the mission.* In particular, this book has answered a great many questions I had about the earliest development of the mission, back when it was called Mars Smart Lander and was planned for launch in 2007. I am already relying upon it heavily as a source for my own work (and am immensely grateful to Smithsonian Books for serendipitously offering to send me a review copy at exactly the moment when I was writing that chapter of my book!)

Evidently, coauthor William Simon helped to fill in the parts of the story that Rob was not so intimately connected to: the opening section about Mars science, development of Curiosity's science instruments, and post-landing events and science, among other things. The book shifts out of Rob's first-person narration at these moments, which can be a little jarring, but it serves a necessary purpose, connecting parts of the book together. I'm sure Simon played an important role in making the narrative flow coherently, too. I love interviewing Rob because he has exciting stories to tell, but the stories flow and flow from him like water from a fire hose. This book preserves Rob's storytelling voice but is very well organized, more or less in temporal order but jumping back a little here and forward a little there in order to group related threads together, with Simon's third-person voice filling in gaps in the story. I know for a fact that Rob has lots more stories to tell that weren't included in the book, but the ones that are here are gripping and make a tidy package. There aren't many illustrations (and anyone reading this blog has probably seen them all before), so it'd be fine on a Kindle. It's a very quick and easy read, with lots of drama and dark moments before the final triumphs -- a great vacation book! -- but I'm afraid it won't be available until October 21. You can already preorder it

though, and I recommend it!

It's been pointed out to me that this particular story, the gravity problem, has been published in Way et al. 2013 (PDF), on page 12 -- but not told with Rob's dramatic flair, for sure! 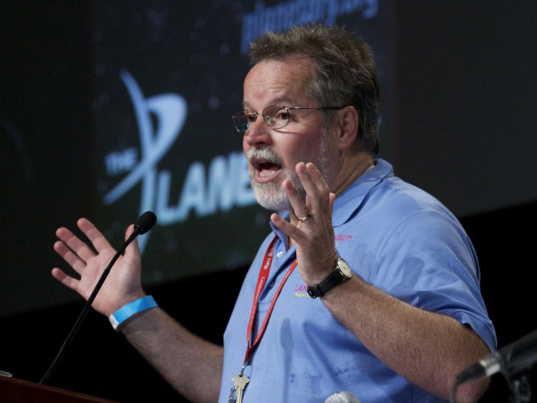 Great review.... I myself worked at JPL during 1994-96, in the Bld no. 183; had always noticed BOB (Manning) being a very lively human wishing every other guy coming across; of course made friends with him. This was kind of new to a person like me from India; today I feel great that some how I am also connected to CURIOSITY.