Enjoy tonight's nearly-full Moon! I couldn't resist posting these snapshots that Alice Wessen took of the Jet Propulsion Laboratory's costume contest. There were many costumes that were not on space themes, but I had to feature some of the marvelously geeky space costumes here!

Not everyone at JPL dresses in space-themed costumes, but here were some of them: from left to right, the solar system, Orion (Sirius is in her left hand), a nebula, and the Ghost of Galileo (the spacecraft, that is).

Alert Society members may recognize Orion as Rachel (Zimmerman) Brachman, who used to work at the Society and who now has a great gig at JPL! Alice wrote on her Facebook page that as the "solar system" lady walked off stage, a small planet fell off her costume, and everyone shouted "Pluto!!"

But none of the space costumes won the contest. The winner was, naturally, a dancing gorilla. 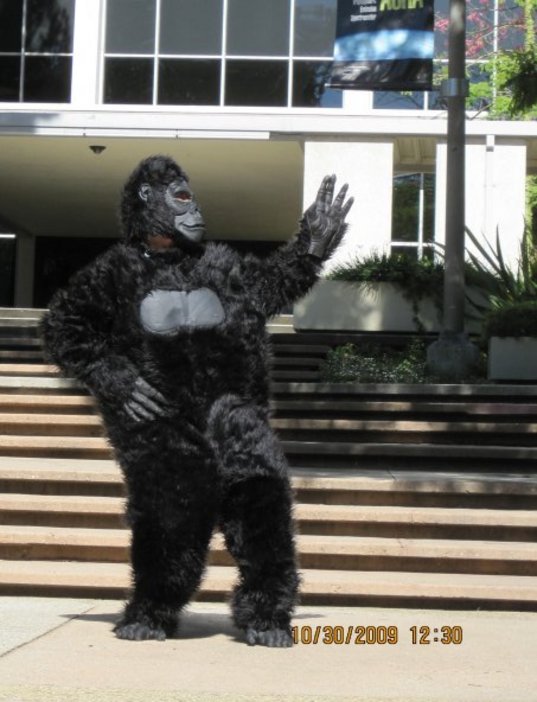 ...but the Dancing Gorilla won the costume contest. 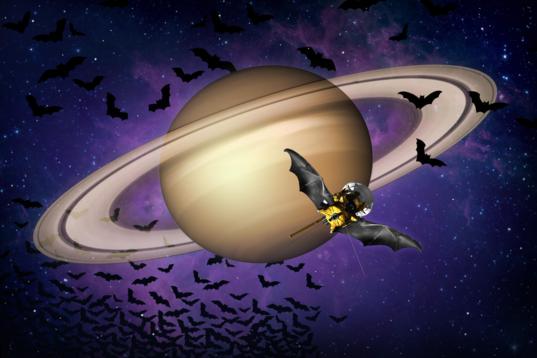