The Lunar Reconnaissance Orbiter camera team has managed to capture a view of Surveyor 1, the first American spacecraft to soft-land on another world. Cool! 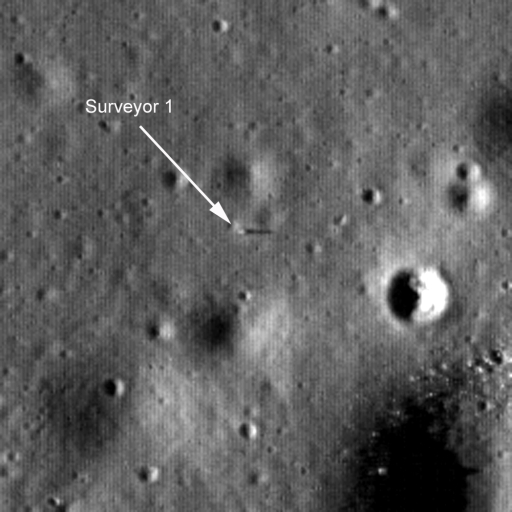 Surveyor 1 was the first US spacecraft to land on another planet, on June 2, 1966. This photo was taken under afternoon lighting conditions, with the Sun coming from the west (left), making the 3.3-meter-tall spacecraft cast a 15-meter-long shadow to the east.
Surveyor 1 was a good-sized spacecraft, 3.3 meters (about 11 feet) tall: 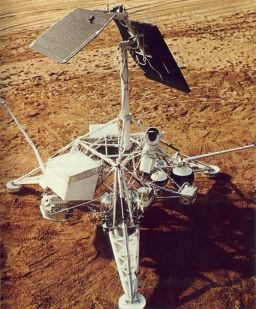 The Surveyor probes were the first U.S. spacecraft to land safely on the Moon. Five of the seven probes made it safely to the lunar surface.
Surveyor 1 carried only one instrument, a television camera, but the camera worked hard, returning more than 11,000 images to Earth. Phil Stooke has lovingly reassembled the Surveyor 1 mosaic of its landing site for your enjoyment:

Surveyor 1 was the first spacecraft from the United States to perform a controlled landing on the surface of the Moon, at 2.45 S, 316.79 E. Surveyor 1 took more than 11,100 images of the lunar landscape during its 6-week mission. This panorama was scanned from a photographic print of a hand-assembled mosaic, then digitally reconstructed and cleaned of visual defects by Philip Stooke.