The Lunar Reconnaissance Orbiter, or LRO, is NASA's next science flight dedicated to explore and survey Earth's moon and pave the way to return a human presence. In fact, it's actually two robotic pathfinder missions in one. Riding piggyback is the co-manifested Lunar Crater Observation and Sensing Satellite, or LCROSS. 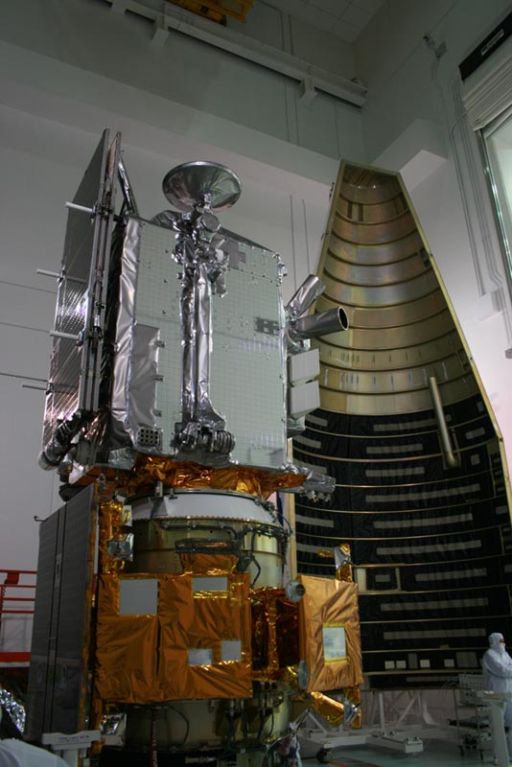 ASA's LRO (gray) and LCROSS (yellow) lunar spacecraft stacked adjacent to Atlas V payload fairing at Astrotech Payload Facility on May 15, 2009 during media photo opportunity and briefing. "Germanium blankets control heat flow in and out of the spacecraft. The radiators will reject heat to control the internal temperature. The plan is to maintain a normal internal temperature for the electronics of 0 to 45 C," according to Nick Virmani.
he two spacecraft will provide complimentary data from different vantage points in unprecedented detail and are set to launch no earlier than June 17. Whereas LRO will study the lunar composition and environment from polar orbit, LCROSS is designed to impact a crater near the lunar polar region, hunt for water ice and provide ground level composition data.

I observed the integrated LRO and LCROSS combination spacecraft stack up close on Friday, May 15, at the Astrotech Space Operations Facility, Titusville, FL, located a few miles west of KSC. I participated in a media tour sponsored by NASA for a pre-launch photo opportunity and Q&A with mission scientists and engineers. 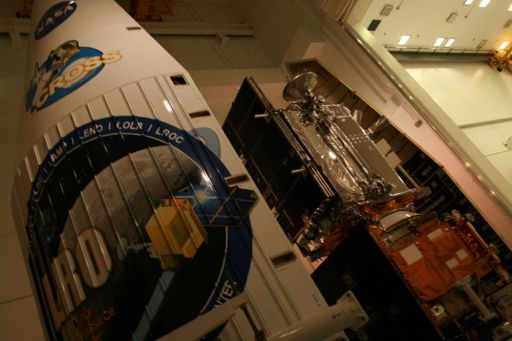 he stacked LRO and LCROSS lunar spacecraft (center) are sandwiched between the two halves of the payload fairing which were joined together after the media briefing. Note the mission decals on left fairing.
RO is managed by NASA Goddard Spaceflight Center. LCROSS is the responsibility of the NASA Ames Research Center in Moffett Field, CA. The LRO/LCROSS mission hopes to discover what the moon has to offer for future moon dwellers. This includes searching for safe landing sites and life sustaining elements such as water and constitutes a major step by NASA towards returning humans to the moon by 2020. 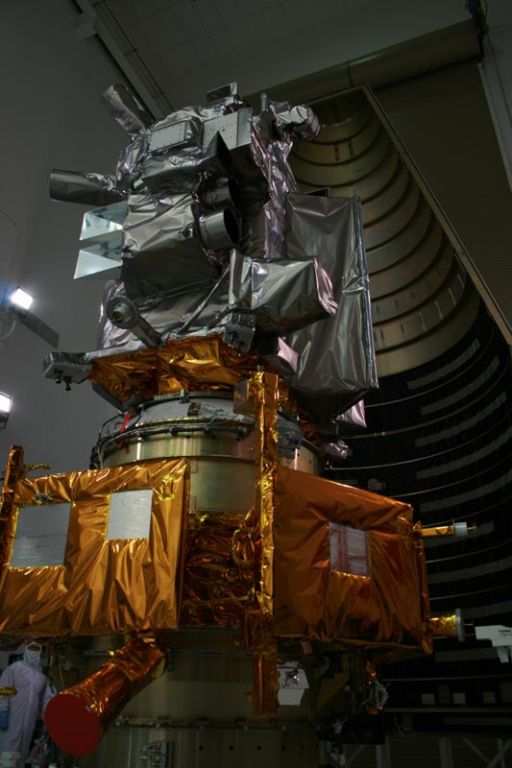 RO spacecraft (top) protected by gray colored blankets is equipped with 6 science instruments located at upper right side of spacecraft. Payload fairing in background is a molded structure that fits flush with the outside surface of the rocket and forms an aerodynamically smooth nose cone, protecting the spacecraft during launch and ascent.
raig Tooley, LRO Project Manager at NASA