A week ago today Mars Express flew past Phobos for its closest encounter yet, and it snapped some gorgeous views onto the trailing hemisphere of the moon. I don't have time right now to say much more, but here's a photo, which I've rotated so that north is up. Although the photo does technically cover the terrain in which the Russian Phobos sample return mission Phobos-Grunt will eventually land, the potential landing site is actually in shadow in this view, and there are no details to be brought out by stretching the contrast. 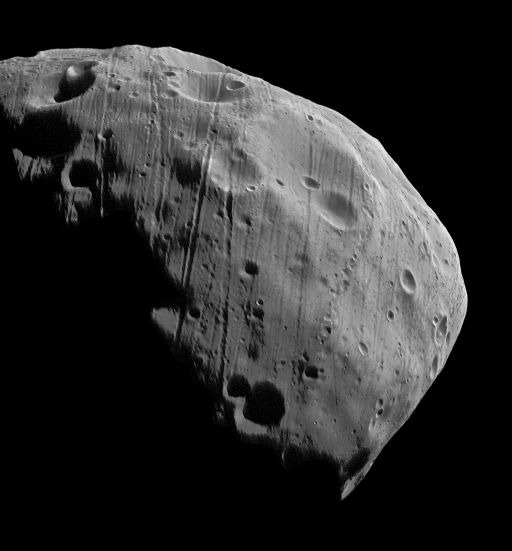