Congratulations to the Society's esteemed leader Lou Friedman, who was awarded on July 7 (his birthday!) the Yuri Gagarin medal, by The Russian Federation of Cosmonautics. Lou was pleased to get the prize but was more excited about the fact that the award was presented by Roald Sagdeev, internationally renowned physicist and former director of the Russian Space Research Institute. He's standing to the right of Lou in the snapshot below. 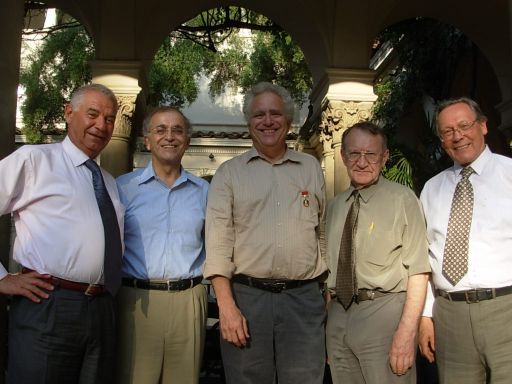 Lou Friedman is presented with a Yuri Gagarin medal

Louis Friedman, Executive Director of The Planetary Society, was presented with the Yuri Gagarin medal on July 7, 2008. From left to right: Vladimir Zelman (chief of anesthesiology at USC), Charles Elachi (director of the Jet Propulsion Laboratory), Friedman, Roald Sagdeev (physicist and former director of the Russian Space Research Institute), and Nikolay Laverov (vice president of the Russian Academy of Sciences).
Here's a closeup of the medal. Wonder if he'll wear it to work. 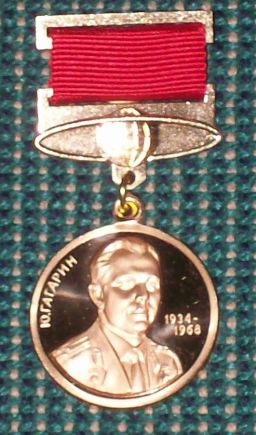 Presented by the Russian Federation of Cosmonautics to Louis Friedman, the Society's executive director, on July 7, 2008.