Ryan Anderson has summarized the final afternoon of the fourth MSL Landing Site Community Meeting, and it appears it was a good decision for me not to stay! None of the four sites got "voted off the island;" instead, hours were spent debating word choices in an attempt to state hypotheses for each site. This was probably a worthwhile activity, but not necessarily worthwhile for 200 scientists to participate in. (During a quiet moment in the first morning of the meeting, Lou Friedman, sitting next to me, was busying himself doing a back-of-the-envelope calculation on the economic cost of this three-day meeting, and it wasn't pretty.) But it's done. There are hypotheses to test, and a general sense, Ryan reports, of the relative rankings of the sites. From most to least favored, they are: Eberswalde, Mawrth, Gale, Holden. As for himself, he'd reverse the two middle ones.

I am not exactly sure what will happen next. There is still one more of these community meetings; a decision will be sent to NASA HQ in the spring. My gut tells me that the MSL mission would very badly like to downselect to a smaller number of possible landing sites sooner rather than later, so that they can focus their planning and modeling efforts on fewer locations. This workshop didn't exactly provide them an easy excuse to toss any of the four sites out, however.

One Mars year remains until landing, and just over one Earth year until launch. Tick tick tick. 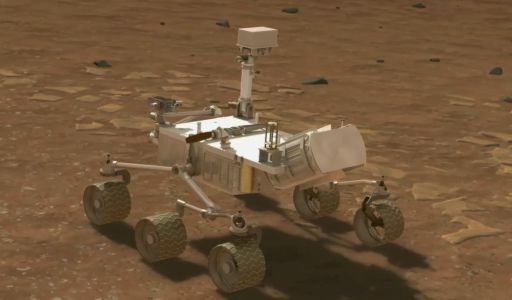