I'm a fan of the movie "Joe Versus the Volcano". It slipped by sort of unnoticed, as just another fanciful romantic comedy (most of which I detest) way back yonder in 1990, despite starring Tom Hanks and Meg Ryan, and screenwriting by John Patrick Shanley. Shanley has won an Oscar (Moonstruck) and a Pulitzer (Doubt). There's a very short list of people who have won both a Pulitzer and an Academy Award. (Doubt has won just about everything else, as well.)

Anyway, there's a scene early in the movie which pretty much captures the spirit of the film, where Meg Ryan says to Tom Hanks:

It's quite a statement, and one that almost certainly put most people (myself included) on the defensive immediately. But this isn't my intention. I had the pleasure of attending part of the Steve Ostro symposium at JPL today, and based all of the testimonials mixed in with interesting science that his work enabled, and the fond stories shared during the meeting, I suspect Steve Ostro may have been awake most of the time. The meeting has certainly added to my happily long list of experiences in the field of science and engineering that have made me feel truly awake and alive, and privileged to be making a small contribution. I hope that Emily's blog helps engender a similar response in its readers, perhaps in small ways here and there. I certainly have memories of big thoughts being thunk (sic) at the eyepiece of my Dad's telescope years ago.

If you aren't familiar with Steve, you should pause for a moment and look at Emily's blog written back in December shortly after his death (http://www.planetary.org/blog/article/00001774) - or, the DPS in memorium (http://dps.aas.org/membership/in_memoriam/stevenostro). He was the principal pioneer in the use of Earth-based radar to study bodies in the Solar System, notably asteroids, and his work has made significant contributions in the study of near-earth objects which Bruce Betts blogged about here just a few weeks ago. As one of the speakers pointed out, solar system evolution is collisional evolution. The study of the small bodies of the solar system, which shed so much light on collisional behavior and processes, contributes directly to our fundamantal understanding of the universe. 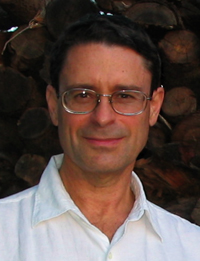 Some of the current highlights and spinoffs from Steve's work that I don't think have been mentioned in detail in this blog are as follows.216 Kleopatra, perhaps the most bizarrely shaped asteroid ever imaged, has itself two satellites just recently discovered by one of Steve's colleagues Franck Marchis. Full article here. The many binary asteroids discovered so far - 16% of near-Earth asteroids are binaries - and the short lifetimes of their stability (compared to the age of the solar system) suggest that asteroids may become binaries (via collisional-induced "fission" or the collection of bodies through encounters) often during their lifetime. The evolution of asteroids seems to be far more complex and interesting than we ever thought - at least, before Steve came along. 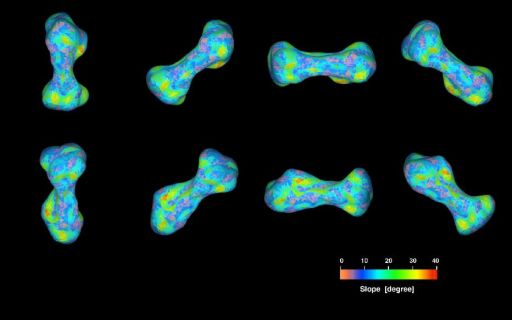 David Seal is Cassini's Mission Planner at the Jet Propulsion Laboratory and has been involved with the Cassini mission to Saturn since 1992. Dave developed JPL's Solar System Simulator and has also worked on the Shuttle Radar Topography Mission. Outside of JPL, Dave enjoys acting in Caltech theater, disc golf, and the science of soap bubbles. Dave foolishly believes the universe is closed.