I don't think you work or follow planetary science very long without having some particular, really big picture questions that you really want to know the answer to. And since I have the pen for Emily's blog this week, I thought I'd share my own "top ten" list with you.

- How many worlds harbor life in our solar system?

- How common are Earth mass planets in stellar habitable zones?

- How common are solar systems with architectures like ours, i.e., rocky planets on the inside, giant planets in the middle zone, and dwarf planets and comet reservoirs on the outside?

- What causes Triton's surface to be so young, so long after that dwarf planet's internal engine should have run down?

- How many planets are hiding in the deep outer solar system beyond my own fave planet, Pluto?

- Are there Vulcanoid asteroids orbiting close to the Sun inside Mercury's orbit, or not?

- Were Uranus and Neptune really born in the Jupiter-Saturn region as some smart theorists and modelers now believe?

- Did Mars really ever have oceans -- rather than just lakes, rivers, and rains?

- How many times did life originate on Earth?

- How old are Saturn's rings? 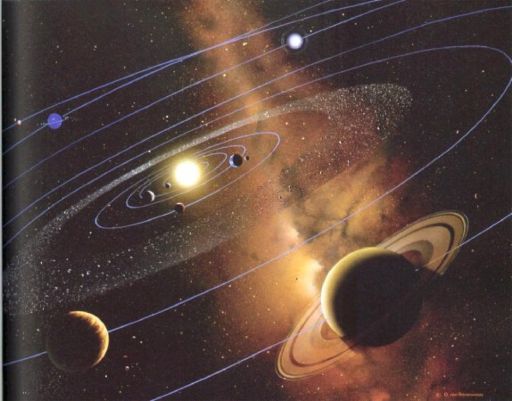 And in fact while I'm at it, one more question comes to mind:

What questions are at the top of your list? Send us an email.