There is an article in the Telegraph of Calcutta giving some detailed updates on the status of India's first lunar orbiter, Chandrayaan-1. The article states that Chandrayaan-1 has passed its thermal vacuum tests. Thermal vacuum testing is something that all spacecraft must undergo. Once the whole spacecraft has been assembled, it is placed inside a large vacuum chamber, and then cycled many times from low temperatures to high temperatures, to simulate the rigors of being in space. Chandrayaan-1 was cycled from -120°C to 150°C (-180°F to 300°F) and "all onboard instruments and electronics remained intact," according to the article. The spacecraft still has to undergo vibration testing (which mimics the rigors of launch). The article goes on to say that the Indian Space Research Organisation "hopes to launch Chandrayaan-1 next month." 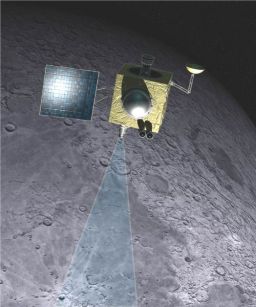 The spacecraft is launching using India's highly successful Polar Satellite Launch Vehicle. India launches PSLVs from Sriharikota Space Center, 100 kilometers to the north of India's southern metropolis of Chennai (formerly known as Madras). From a friend who works on one of the mission's U.S.-contributed instruments I hear that they are working very hard to get it launched in late October, "before the weather makes it challenging." Monsoon season in Chennai is from October to December.

The article mentions that the mission has cost "Rs 386 crore," which may confuse some who aren't familiar with Indian numbering schemes. Puzzlingly (to me, but surely not to Indians!), when they speak of large numbers, they don't use "millions" and "billions," but instead "lakhs" and "crore." A lakh is one hundred thousand; a crore is a hundred lakh, or ten million. With the Indian rupee typically valued at roughly 50 to the American dollar, on my trip to Sri Lanka and India I frequently encountered the lakh when people were discussing prices of cars, computers, and other durable goods. (Oddly, Sri Lankans use lakhs but typically not crore.) Anyway, Rs 386 crore is about 84 million U.S. dollars, or about 60 million Euro. And apparently a good chunk of that -- Rs 100 crore, more than a quarter of the total -- was spent not on the spacecraft but on a critical piece of infrastructure: a new deep space communications station located near Bangalore, India's IT capital.

Funny: while making sure I had the definition of "crore" correct, I found this nugget on Wikipedia: "The word is used in the Indian title of the popular Who Wants to Be a Millionaire? game show, Kaun Banega Crorepati - literally 'Who will be a ten-millionaire?'. 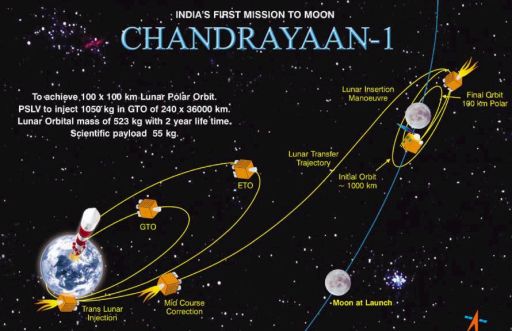