It appears likely that, within two weeks, China will be following Japan to the Moon with the launch of Chang'e 1. The official launch date has not yet been announced, but the Chinese government is now selling tickets to a public viewing. I've been exchanging emails with a Chinese space enthusiast, Wang Chun, whom I asked to tell me a little bit about what the public thinks about the upcoming launch. Here's what he had to say:

I do not watch TV, so I am not sure how it is being reported there. But the latest news about the lunar probe has been among the headlines at sina.com.cn for days.

For example, yesterday's news is: "Expert says the launch date of Chang'e 1 has been determined." But no date was given in the content of the article. People can comment on news at sina.com.cn, and since the site is a general media outlet, it is a good online place to understand how the general public sees this event. Here are some revised Google-translated comments:

As for in offline conversations, it seems the public interest in the lunar probe is far below what it was for the manned flights. However, unlike the criticism of [expensive high-tech public works like] the Beijing-Shanghai express train or the maglev projects, most people seem to support aerospace, and want the government to invest more money in it. But the people still know very little about the detail of space -- because space and astronomy does not make money -- and very few college students study astronomy in China. People at technical aerospace forums usually discuss about what salary they can get if they enter the aerospace field. 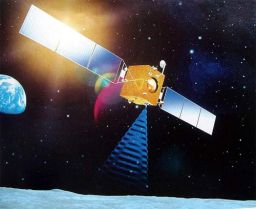