Just watching the post-launch press conference now, and as of 11:00 a.m. Phoenix is already halfway to the Moon. The spacecraft is power-positive, which my friend Doug remarked in a chat room early this morning is "more than we can say for all Mars spacecraft at the moment."

I'll do my best to write down what people are saying as they say it...

An interesting detail: there is only 10 kilograms of trajectory correction propellant on Phoenix, so getting the spacecraft onto exactly the right course was very important. 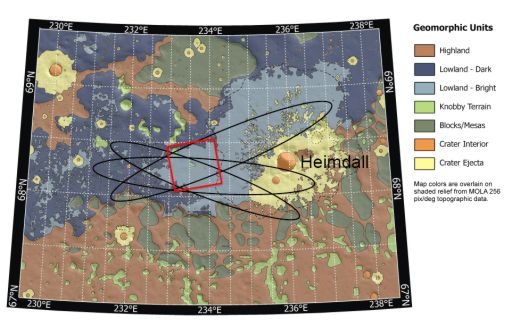 Peter Smith is a happy man. It'll be 10 months, he points out, until he can report any science results' so he decided to describe how the launch impressed him instead. "From the position I was in, it was headed directly toward Mars, which was in the Pleiades. And then it arcs away from Mars, because it has to orbit the Earth first. So as it turned toward the horizon, it crossed right across Orion's belt, and then it dropped its solids, which dropped down like little twinkling stars, like another constellation. When I returned back outside, the gases from the solid rocket were still there in a cloud. The winds were very benign. You could still see the stars and you could see this white sheet morphing around. I was watching those clouds, and you know how it is when you're watching clouds, and I began to see a beak and wings and a tail. And I thought, the Phoenix has risen! I feel tremendously relieved that our spacecraft, after four years of development, is now on its way to Mars and ready to do its job."

He was asked by the AP reporter where he had watched from. "As Principal Investigator I was inside the mission control center, but as it got down to T minus 2 I couldn't stand it, I had to go outside."

That's it for my Phoenix launch coverage. And I'm taking a three-day vacation now, from Sunday through Tuesday, so I'll be back again with more news about more places and spacecraft on Wednesday. Thanks for reading! 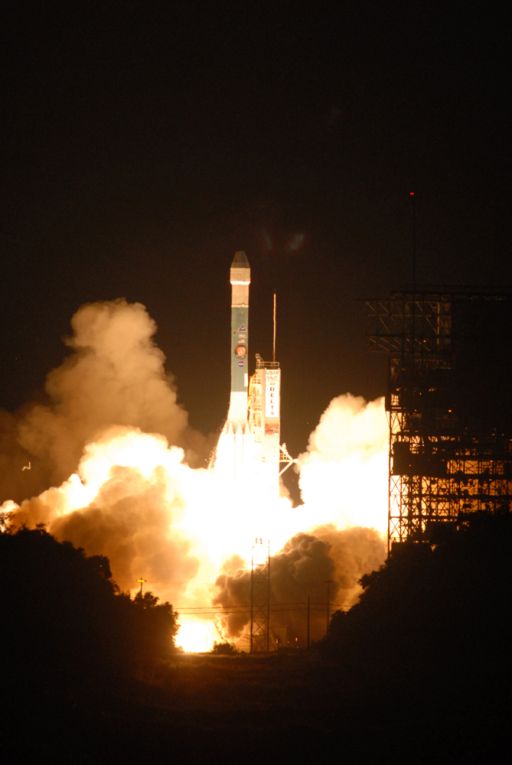 A Delta II rocket lit up the early morning sky over Cape Canaveral Air Force Station in Florida as it carried the Phoenix spacecraft on the first leg of its journey to Mars. The powerful three-stage rocket with nine solid rocket motors lifted off on August 4, 2007 at 5:26 a.m. EDT.