London, England (22 September 2017) – The Open University, the largest academic institution in the UK and a world leader in flexible distance learning, presented an honorary degree of Doctor of the University to science writer and educator Emily Lakdawalla, in recognition of her excellence in planetary and space science communication.

Lakdawalla is Senior Editor and Planetary Evangelist of The Planetary Society, the world’s largest non-profit space interest organization. She is regarded as a passionate advocate and popularizer for the exploration of our solar system, sharing the adventure through her unique perspective in her widely-viewed blogs, articles, images, and social media communications. Her Twitter account is noted as WIRED Magazine’s “Must-follow Feeds in the World of Science.”

“It is a great privilege to accept the degree of Doctor of the University,” Lakdawalla said. “The Open University's philosophy to provide the opportunity of education to all comers complements my own commitment to making sure that the wonders of space science are available to everyone.”

Lakdawalla was nominated by Rhian Chapman, a postgraduate research student in the School of Physical Sciences (SPS) Planetary Environments Group at The Open University, for her exceptional contribution to communicating planetary and space science. Chapman said:

“Emily is a passionate advocate for public engagement with all science, and appreciates the importance of ensuring research is accessible to the general public. Her enthusiasm mirrors The Open University’s commitment to public engagement and lifelong learning, with staff and students from SPS regularly engaging media, schools, and society with our incredible research, which includes science instruments on the ExoMars Trace Gas Orbiter and the Rosetta Mission to Comet 67P.” 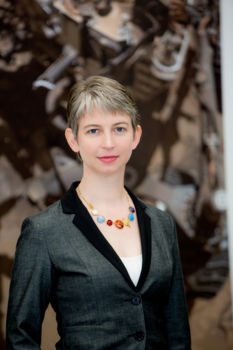 Lakdawalla holds a Bachelor of Arts degree in geology from Amherst College and a Master of Science degree in planetary geology from Brown University. She has been writing and editing the Planetary Society Blog since 2005, reporting on space news, explaining planetary science, and sharing captivating space photos. She came to The Planetary Society in 2001 to oversee a portion of the Society's Red Rover Goes to Mars project, an education and public outreach program on the Mars Exploration Rover mission funded by LEGO.

As a result of her work as administrator of UnmannedSpaceflight.com, Lakdawalla has become a leader in the worldwide community of amateur space image processors. She is also a contributing editor to Sky & Telescope magazine. Her first book, titled The Design and Engineering of Curiosity: How the Mars Rover Performs Its Job, is due out from Springer-Praxis in 2018.

In 2014, the Minor Planet Center named the Asteroid 274860 Emilylakdawalla (2009 RE26) in her honor, "who, by sharing her passion for space exploration, inspires engagement by citizen-scientists everywhere."

About The Open University

The Open University (OU) is the largest academic institution in the UK and a world leader in flexible distance learning. Since it began in 1969, the OU has taught more than 1.8 million students and has more than 200,000 current students, including more than 15,000 overseas.