Bill Nye, Planetary Society CEO, Jim Bell, president of the Board of Directors, and Emily Lakdawalla, senior editor and planetary evangelist, will present the award to Stern and the New Horizons team at the joint American Astronomical Society Division for Planetary Sciences (AAS/DPS) and European Planetary Science Congress (EPSC) annual meeting, which is occurring October 17-21, 2016 in Pasadena, CA.

“Alan Stern and the New Horizons team embraced the July 2015 Pluto system flyby as an immense opportunity to engage and energize audiences worldwide,” said Bell, also a professor in the School of Earth and Space Exploration at Arizona State University.  “Through spectacular first-time photographs and storytelling, the New Horizons team sparked massive public interest not only in Pluto and its moons, but also in the excitement of modern scientific exploration in general.” Bell’s experience with the public presentation of science includes popular science books and immersive space photography.

“The Pluto flyby was an encounter with a whole new kind of world. The New Horizons team rapidly shared all their high-resolution photos and were open about both their challenges and achievements, inviting the worldwide public on their adventure. Professional and amateur scientists alike delighted in each new image, discovering Pluto’s steep mountains, nitrogen glaciers, broad plains, and breathtaking skies together.” said Lakdawalla. Lakdawalla, who covers New Horizons and other robotic missions for The Planetary Society, reported from the Johns Hopkins Applied Physics Laboratory during the historic New Horizons Pluto flyby on July 14, 2015.

“Alan Stern and the New Horizons team brought this mysterious world to Earth,” said Nye. “While they were executing a fantastic science mission, they did extraordinary work to engage the public. The images alone are astonishing; the data from New Horizons will enrich our understanding of our place in space for years to come. This mission advances The Planetary Society’s mission, to empower the world’s citizens to know the cosmos. The flyby made history for science and for Earth’s citizens who joined the journey. ” Nye concluded.

Bell added, “It’s especially rewarding to be able to recognize Alan and the team with this award from The Planetary Society, since so many of our members and staff have worked so hard to advocate for a mission to Pluto over the past decades.”

Two Cosmos Award presentations will occur during the AAS/DPS and EPSC annual meeting: the first for a primarily scientific audience of conference attendees on Monday, October 17, and the second at an open-to-the-public session of the conference on Thursday evening, October 20. 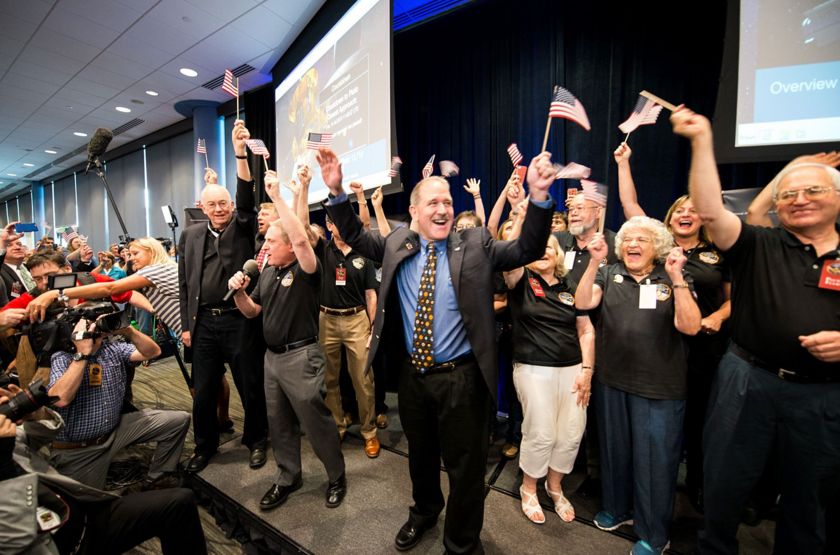 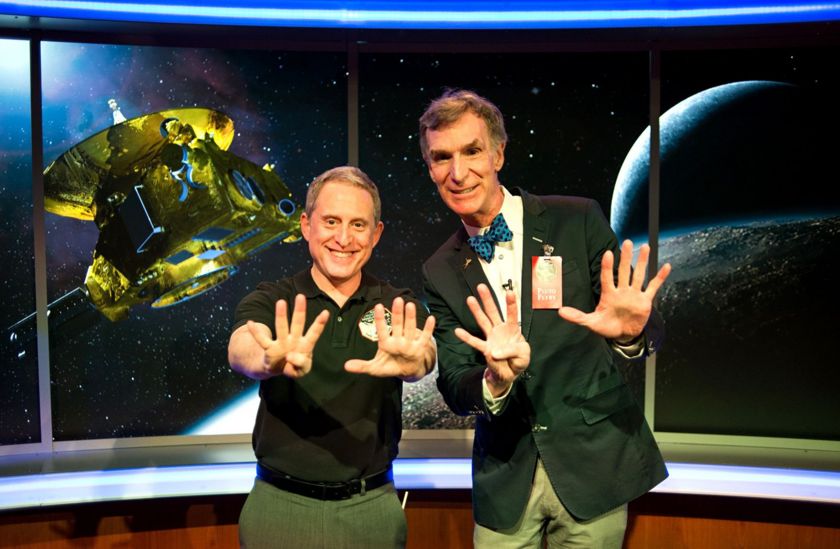