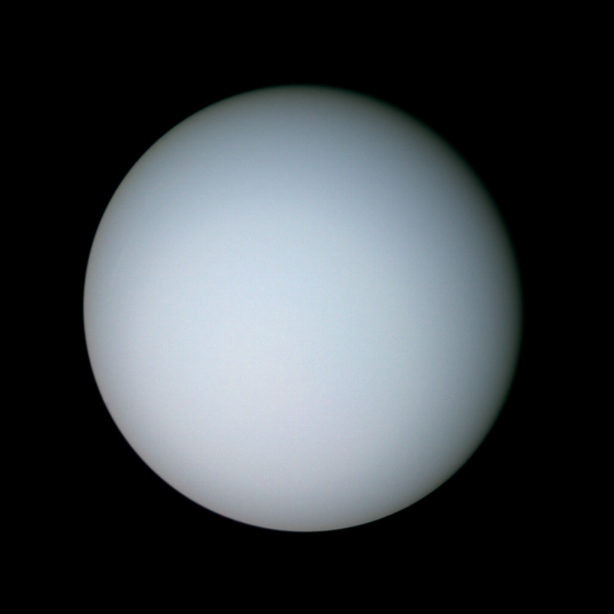 The images for this color composite of Uranus were obtained by Voyager 2 through orange, green, and blue filters on January 14, 1986 from a range of 12.6 million kilometers. The color has been adjusted to approximate what a human eye would see, although the human eye is sensitive to longer wavelengths of light than the Voyager cameras were.

At the time Voyager flew by, little detail was visible in Uranus' atmosphere, though more might have been if Voyager could see into red and infrared wavelengths.  Since the flyby, as Uranus has passed through its equinox, it has displayed many more cloud features.

Original image data dated on or about January 14, 1986 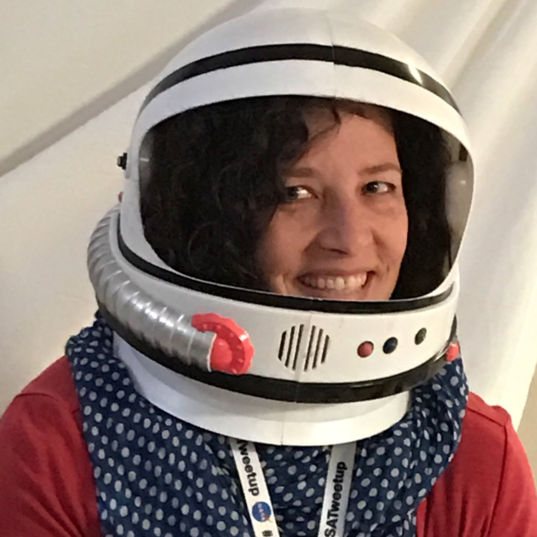 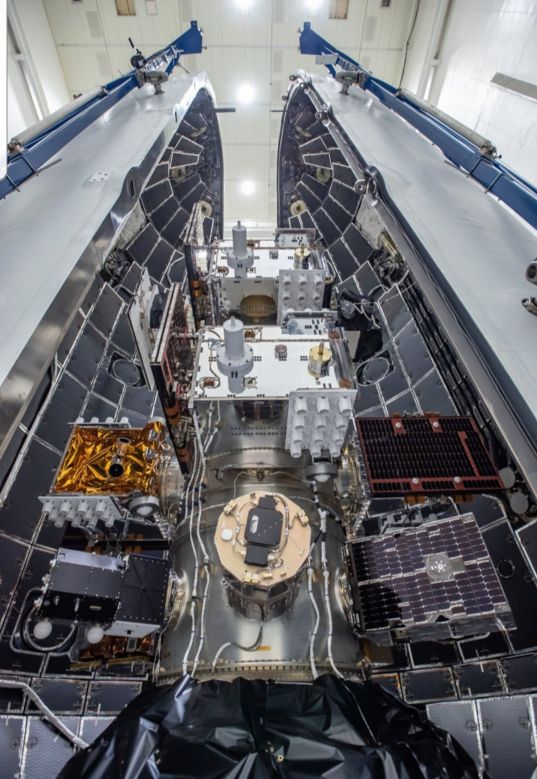 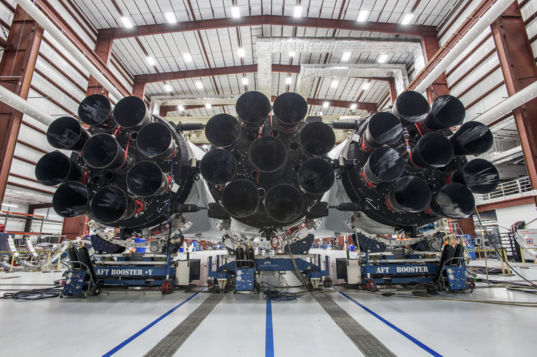 The business end of the Falcon Heavy