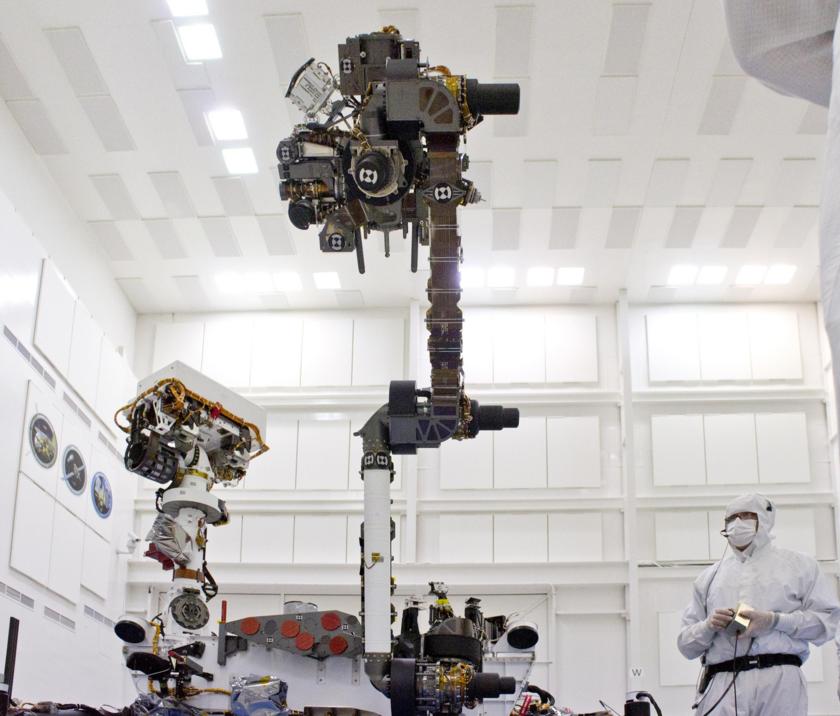 This photo was taken during testing at the Jet Propulsion Laboratory on June 3, 2011 at NASA's Jet Propulsion Laboratory. The turret at the end of Curiosity's robotic arm holds five devices. In this view, the drill is at the six o'clock position. The next device clockwise is the Collection and Handling for In-situ Martian Rock Analysis device, or CHIMRA. It includes a soil scoop and a set of chambers and labyrinths for sieving, sorting and portioning samples of rock powder or soil for delivery to analytical instruments. At the 10 o'clock position is the Alpha Particle X-ray Spectrometer (APXS). Behind the forearm are the Mars Hand Lens Imager (MAHLI) and the Dust Removal Tool (DRT). All told, the turret alone weighs 34 kilograms -- three times more than the total mass of the first Mars rover, Sojourner (11.5 kg).

Original image data dated on or about June 3, 2011 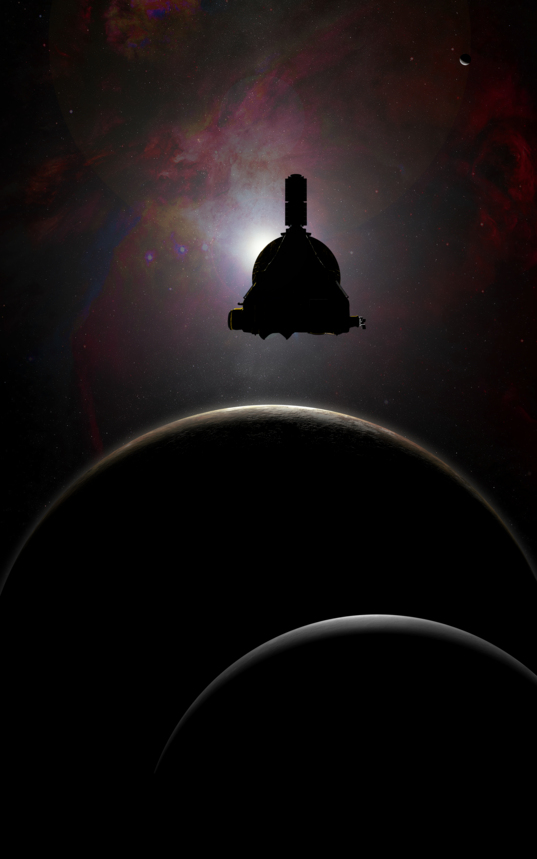 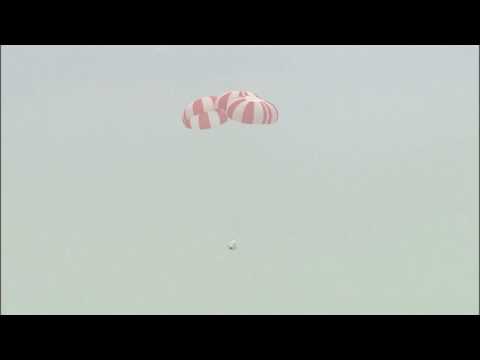 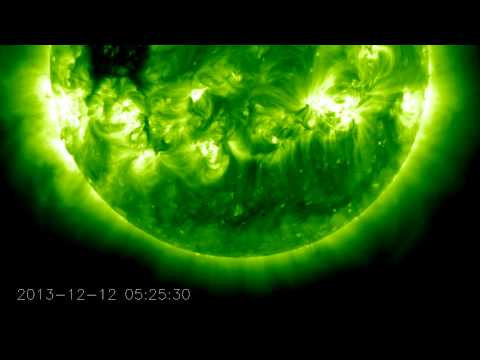