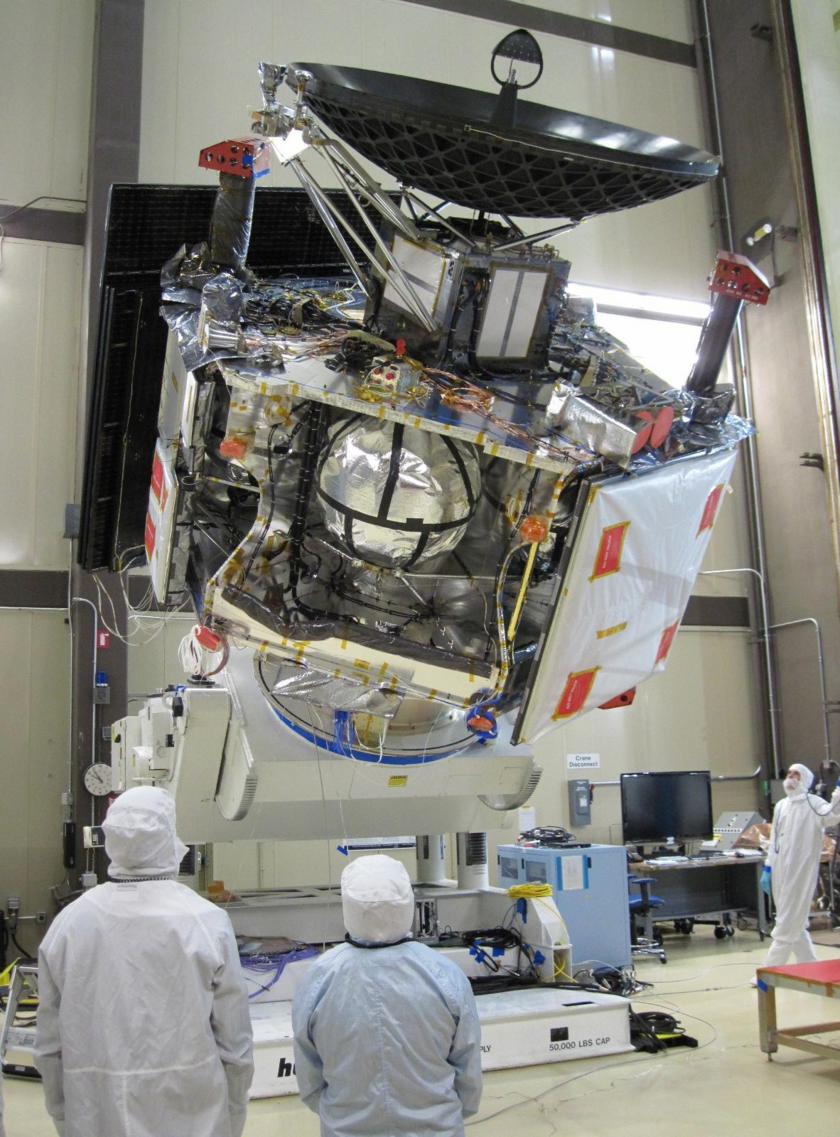 NASA's Juno spacecraft looms above the assembly floor as technicians prepare the Jupiter-bound probe for a round of testing that simulates the vibrations the spacecraft will experience during launch. Juno's dish-shaped high-gain antenna has been installed in preparation for the test, along with the spindly truss that supports adjacent low- and medium-gain antennas. A single solar array has also been installed for the test, and can be seen in stowed configuration on the far side of the spacecraft. The spacecraft is mounted on a large rotation fixture which allows it to be turned for convenient access for integration and testing of various subsystems. Here, technicians are in the process of rotating Juno into a vertical orientation as they prepare to lift the spacecraft onto a test stand. This image was taken on November 22, 2010, in the high-bay cleanroom at Lockheed Martin Space Systems in Denver.

Original image data dated on or about November 22, 2010 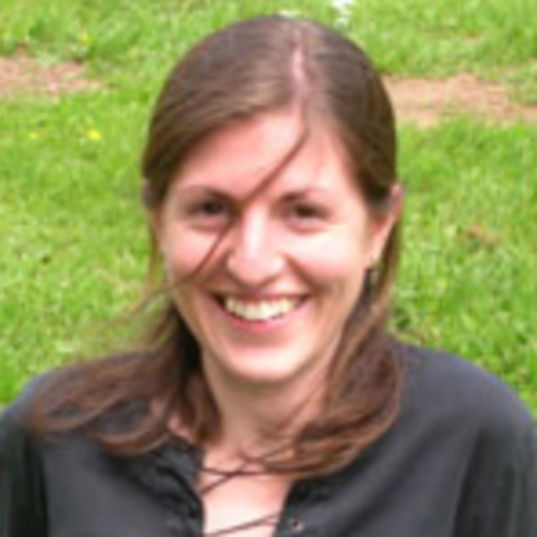 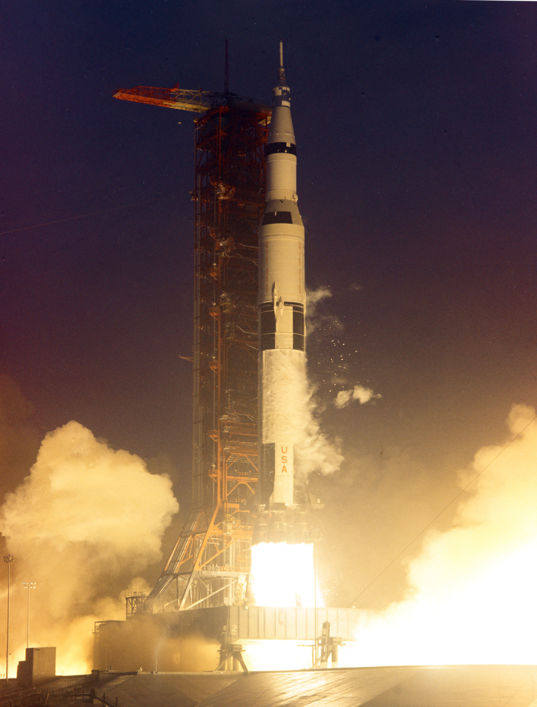 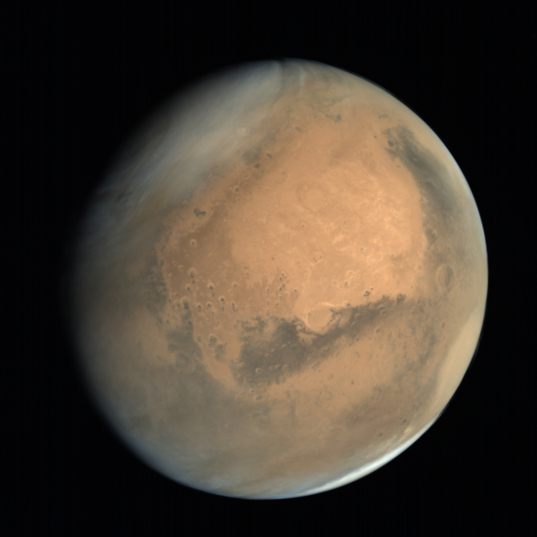 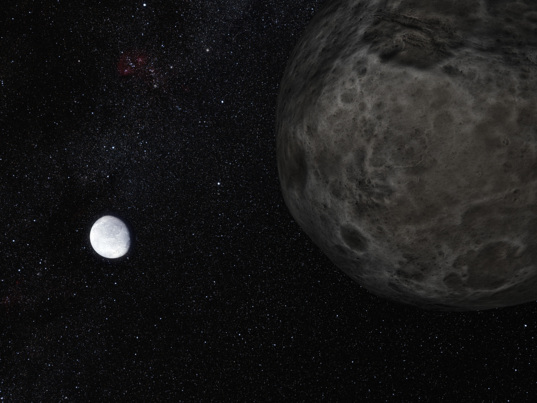 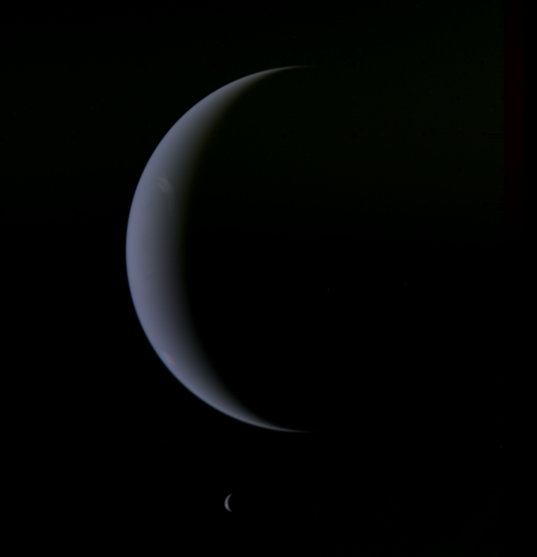 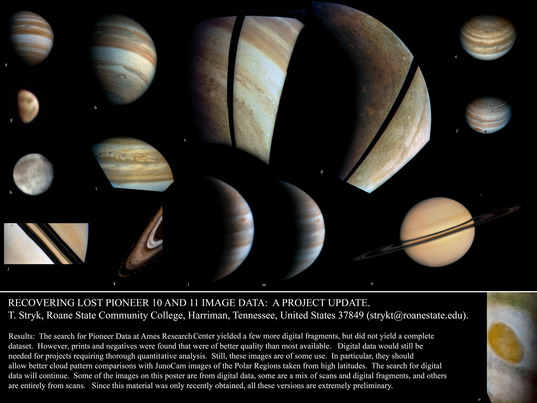