The Arecibo radio telescope captured numerous Doppler-delay radar images of triple asteroid 1994 CC over 77 minutes on June 12, 2009. Doppler-delay images plot Doppler shift on the horizontal axis and distance from the telescope on the vertical axis. The image shows three components of 1994 CC, one large one about 700 meters in diameter, and two much smaller ones about 50 meters in diameter. The relatively fast rotation of the larger body spreads it out in the horizontal direction; the other two are probably locked into synchronous rotation with the large body, so rotate much more slowly. You can actually see features on the large body rotate into and out of view with the body's counterclockwise rotation. This version of the image has been blurred to counteract the distracting effect of noise. The original image can be downloaded here." 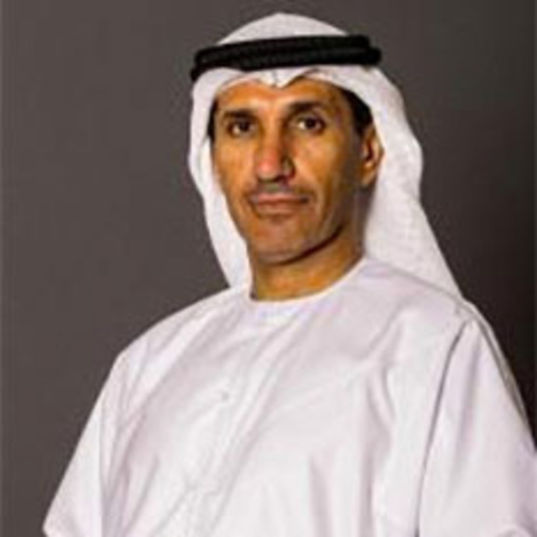 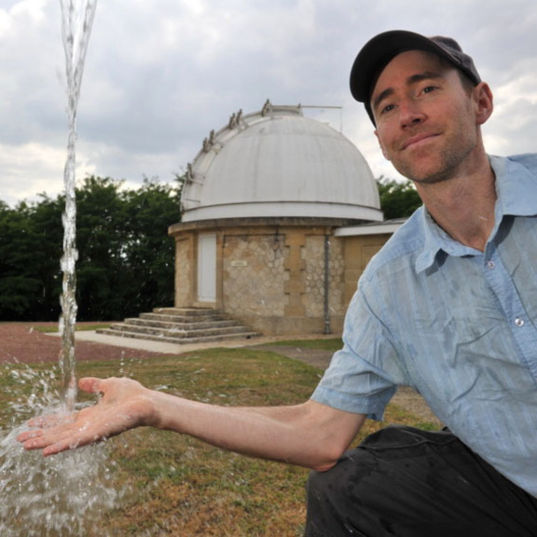 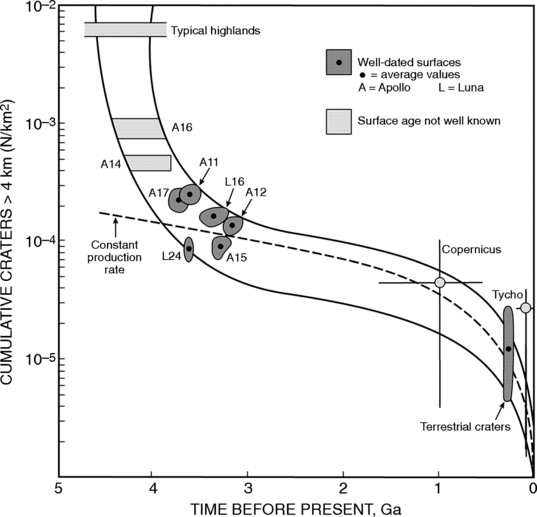 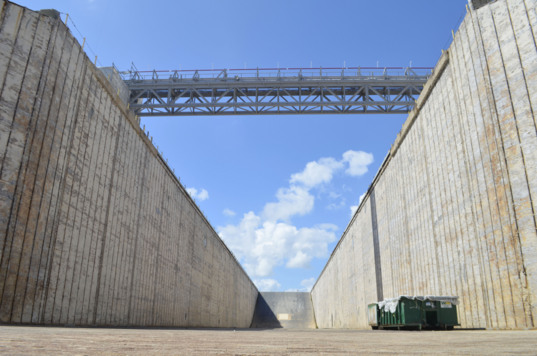 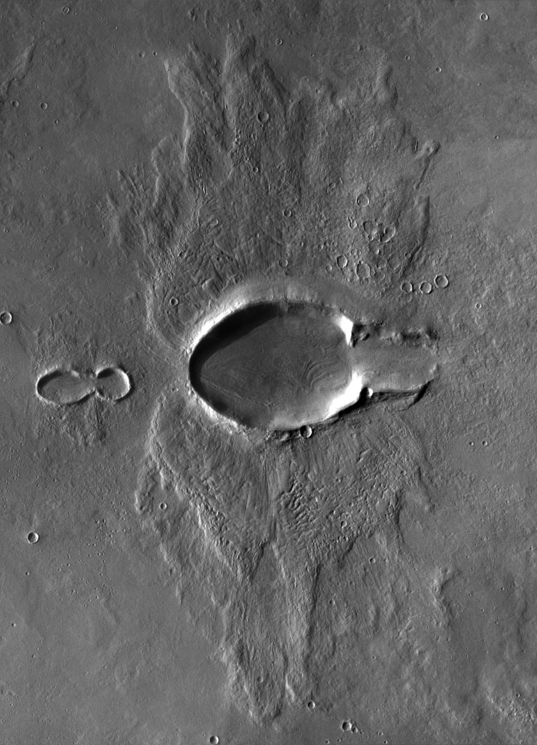