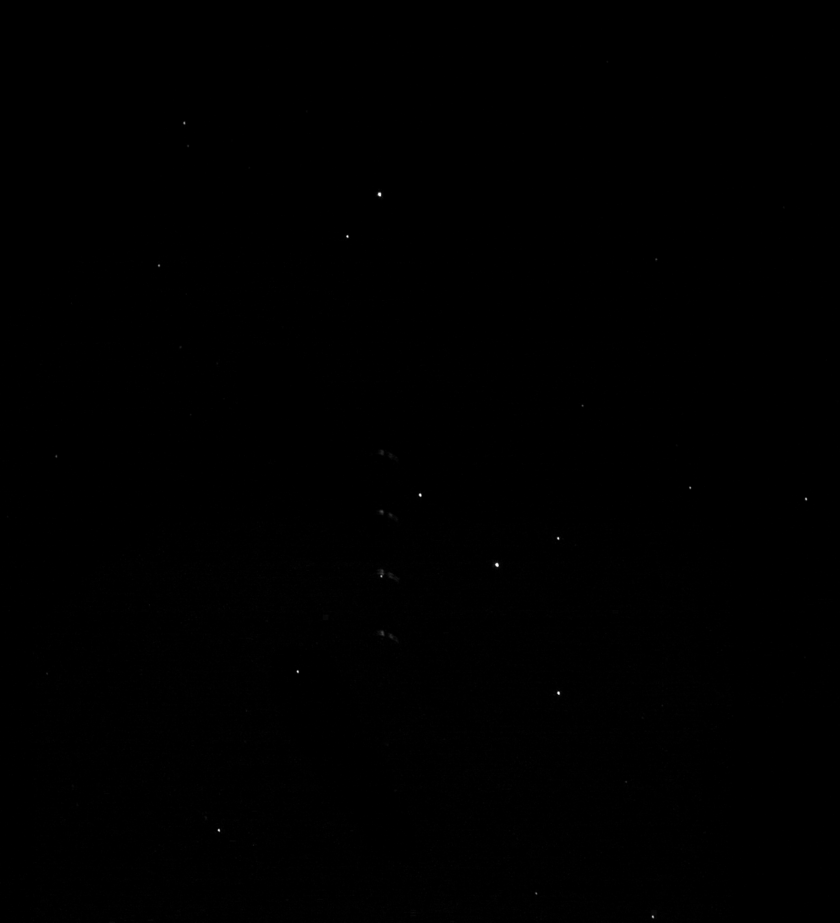 New Horizons took 16 photos of Nix about 3 hours after the flyby over a period spanning about four minutes, in four sets of four rapid-fire images. Here, the images have been aligned on background stars and then stacked. With the stars fixed, a crescent Nix appears as a set of four smeared blurs. Astrometry.net successfully located the star field in Orion's head. 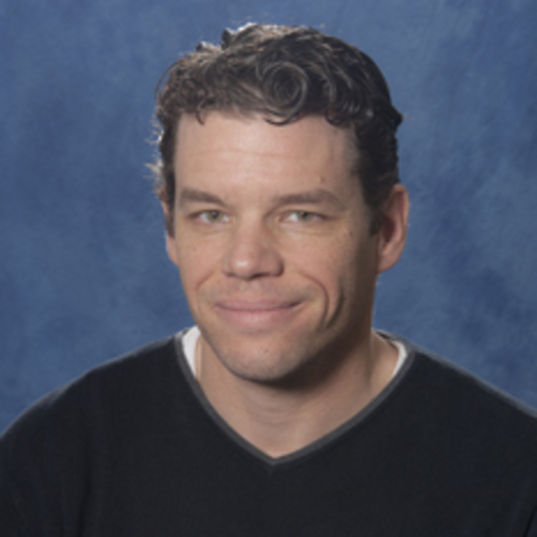 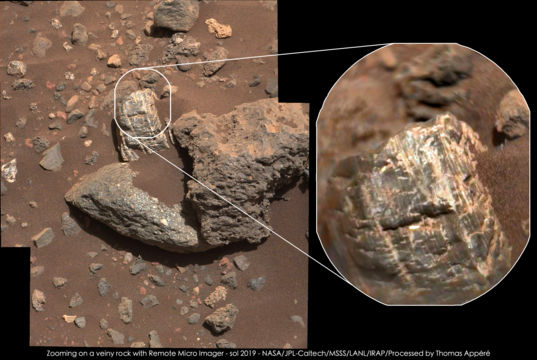 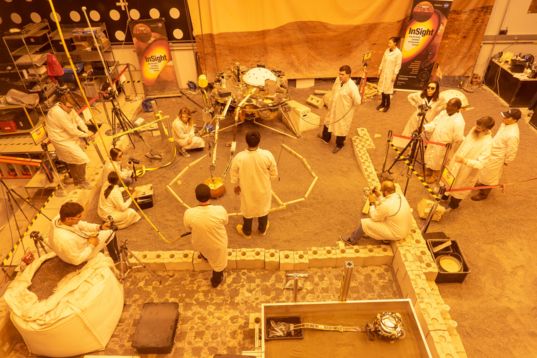 Practicing the deployment of InSight's instruments 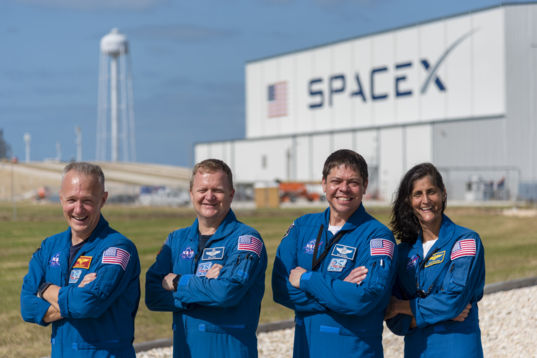 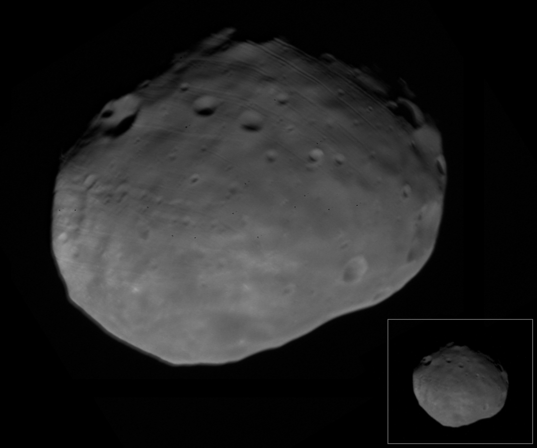 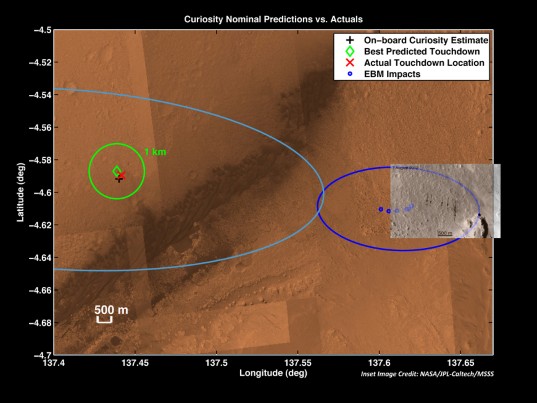