Pictures captured during Hayabusa's landing on Itokawa on November 19, 2005, show Hayabusa's shadow and the bright spot of the target marker containing 880,000 names on the surface of the tiny asteroid.

Original image data dated on or about November 19, 2005 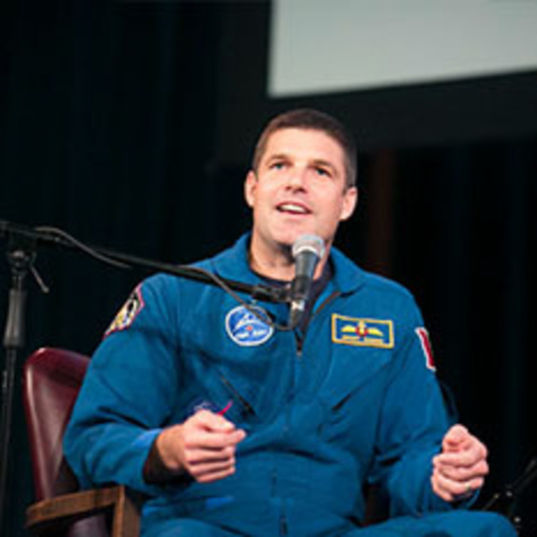 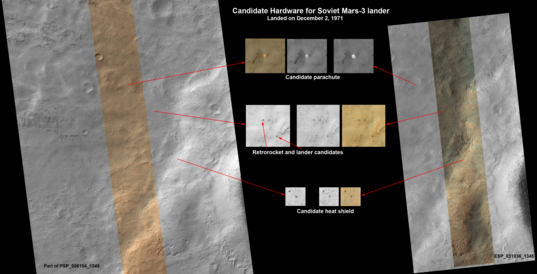 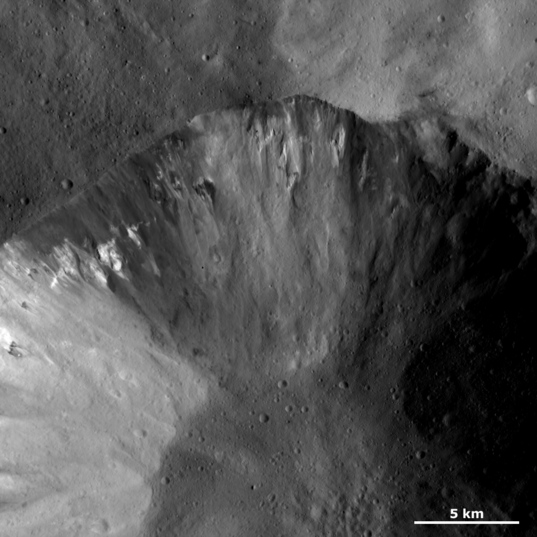 Dark and bright material in a crater wall