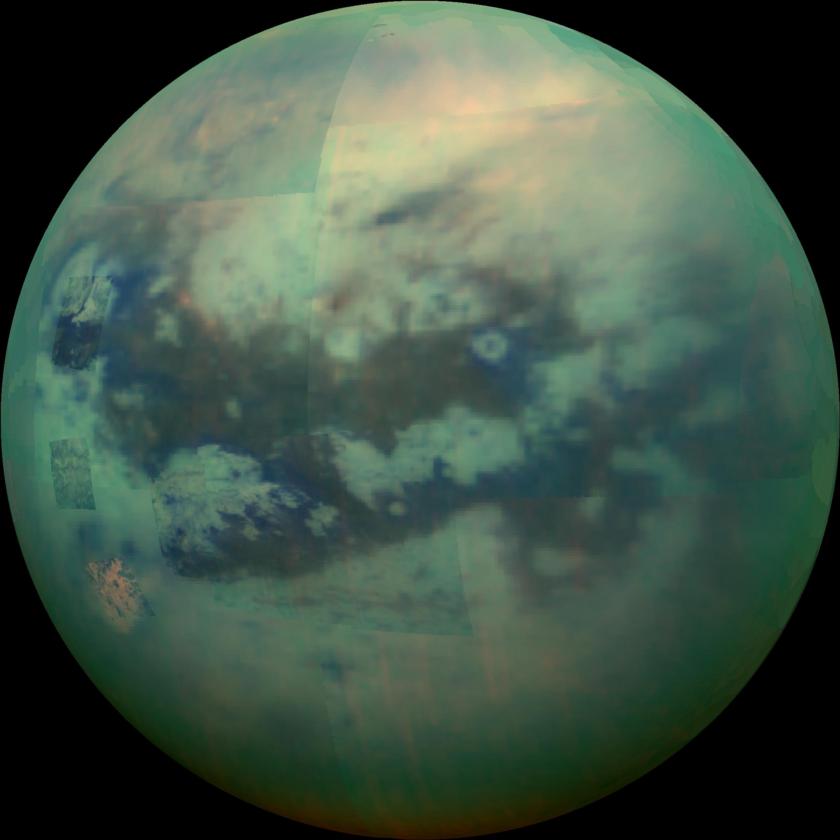 This composite image shows an infrared view of Saturn's moon Titan from Cassini's visual and infrared mapping spectrometer (VIMS), acquired during the mission's T-114 flyby on 13 November 2015. Blue represents wavelengths centered at 1.3 microns, green represents 2.0 microns, and red represents 5.0 microns. A view at visible wavelengths (centered around 0.5 microns) would show only Titan's hazy atmosphere. The near-infrared wavelengths in this image allow Cassini's vision to penetrate the haze and reveal the moon's surface. The view looks toward terrain that is mostly on the Saturn-facing hemisphere of Titan. The scene features the parallel, dark, dune-filled regions named Fensal (to the north) and Aztlan (to the south), which form the shape of a sideways letter "H." During this Titan flyby, the spacecraft's closest-approach altitude was 10,000 kilometers, which is considerably higher than those of typical flybys, which are around 1,200 kilometers. The high flyby allowed VIMS to gather moderate-resolution views over wide areas (typically at a few kilometers per pixel). Several places on the image show the surface at higher resolution than elsewhere. These areas, called subframes, show more detail because they were acquired near closest approach. They have finer resolution, but cover smaller areas than data obtained when Cassini was farther away from Titan. 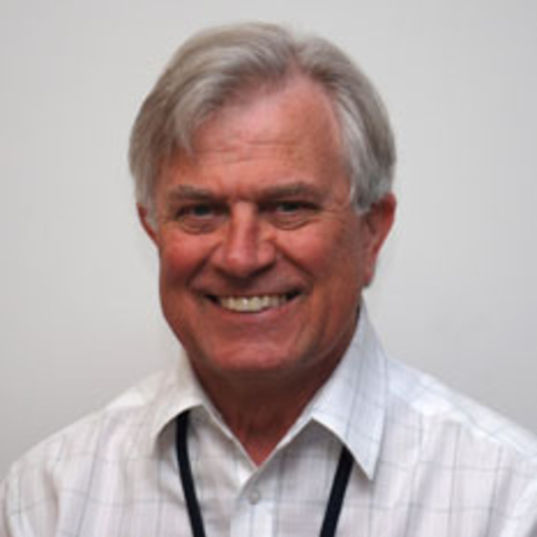 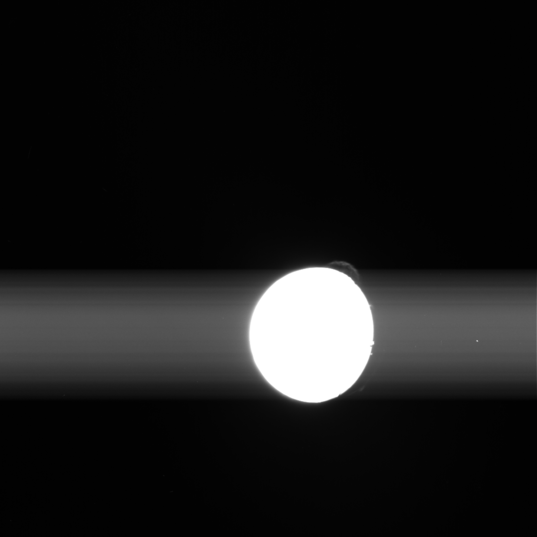 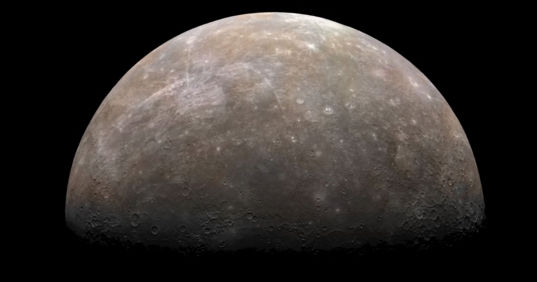 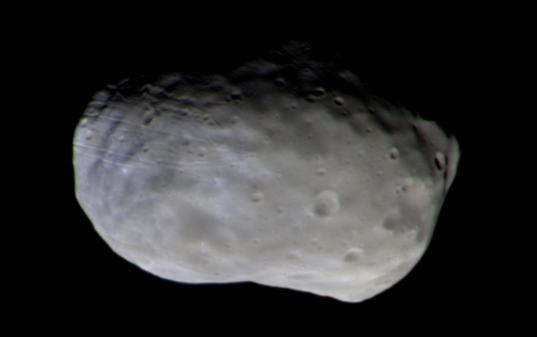 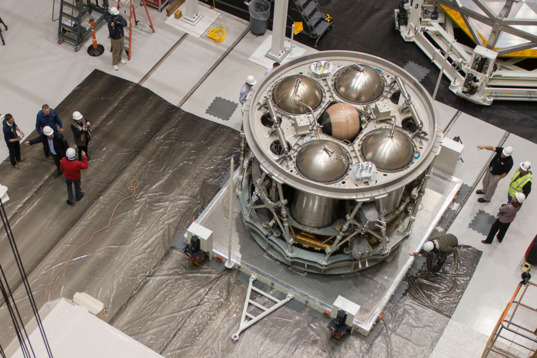