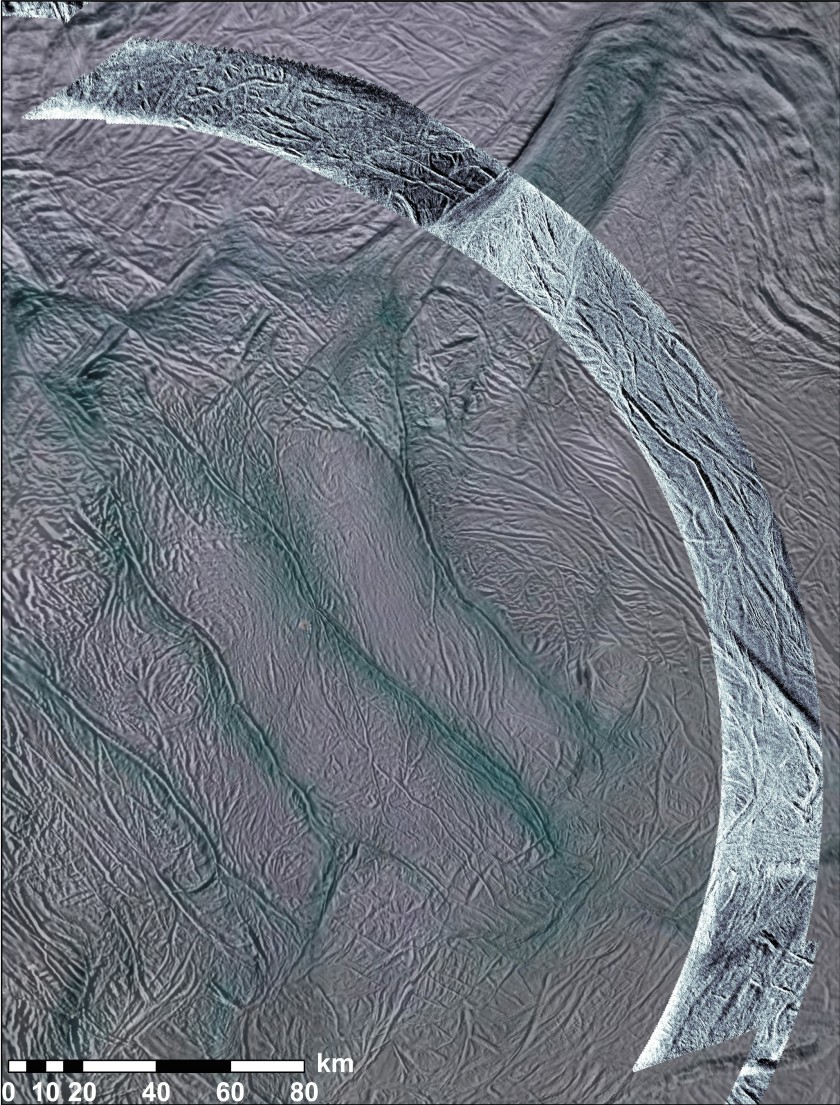 Cassini's first ever Synthetic Aperture Radar image of a world other than Titan was obtained on 6 November 2011. Here, it's overlaid on a mosaic of camera images of Enceladus' south pole. Bright and dark edges of the swath are artifacts of the radar imaging process. Visible-light images, like we normally see in photographs, are mostly bright or dark depending on their target's chemical composition, while brightness in SAR images usually depends on how rough or smooth the surface is. The SAR swath is about 15 miles (25 kilometers) wide and is centered at 65° south latitude, 295° west longitude.

The color in the background image is used to separate different materials using ultraviolet, visible and infrared images taken from 2004 to 2009. Blue colors represent icy material that originated in the plumes and fell back to the surface. Since these images were taken using illumination by sunlight, they sense ice particles and other roughness in the wavelength range of 50 to 100 microns. The SAR swath uses microwaves 2 centimeters long in wavelength to light" the surface so it senses roughness in that range. In addition the SAR may be seeing that roughness slightly under the surface.

From east-to-west (bottom right to top left) the SAR image crosses near-south-polar terrain close to many of the active sulci which are long fissures. Throughout the scene the surface is covered with a network of linear and near-linear grooves and fractures interpreted to be due to extension or pulling apart of Enceladus' crust. These are dominated by a set of larger grooves about a kilometer wide running many tens of kilometers in length and smaller grooves about 200 meters wide. The few-kilometers-wide fault bounding the westernmost (top) edge of this area looks similar to the four active sulci that run parallel to it.

A v-shaped region near the lower (eastern) end of the SAR swath bounded by large faults appears brighter to radar than most other areas most likely the result of a rougher surface in the 2-centimeter-wavelength scale. Within the terrain appears to be slightly more broken up possibly the result of more dynamic tectonic forces disrupting the surface.

Original image data dated on or about November 6, 2011 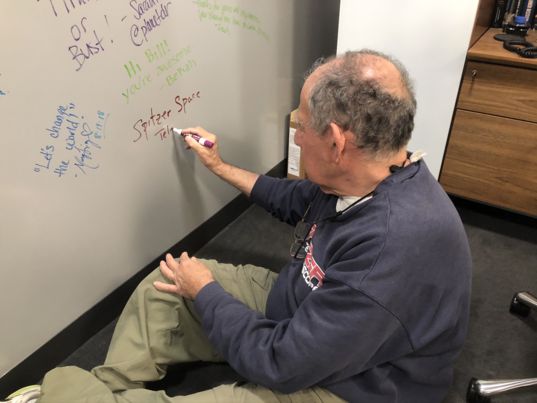 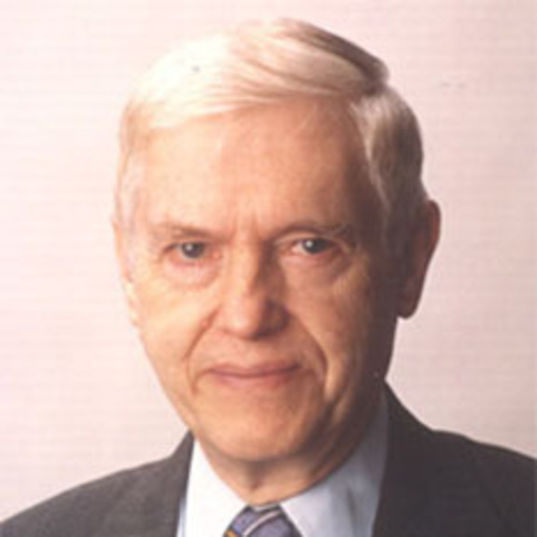 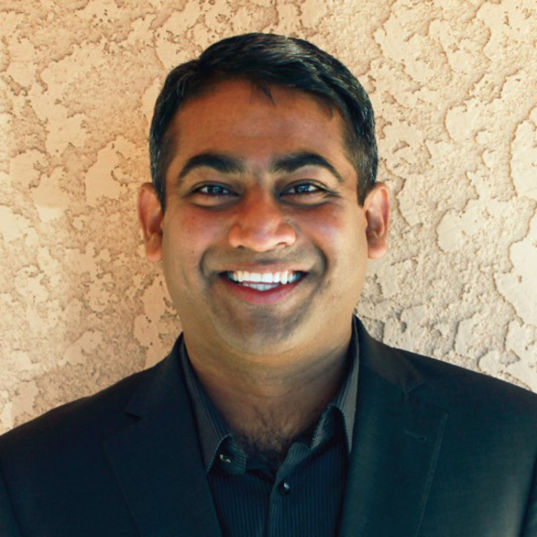 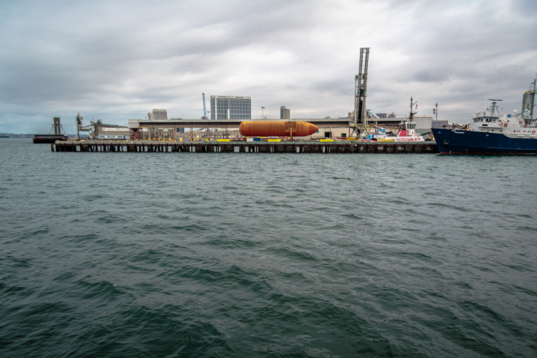