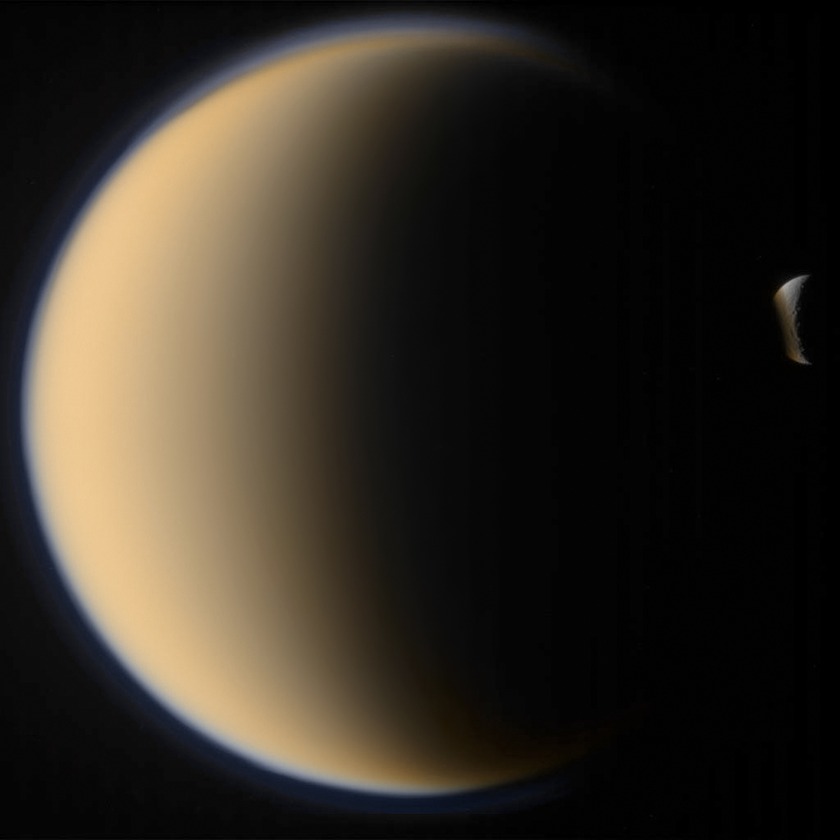 On October 27, 2009, Cassini caught Titan passing in front of the icy moon Rhea.

The sequence was captured only in clear filters; amateur Gordan Ugarkovic used a different image to colorize Titan. Titan's smoggy haze discolors icy Rhea as the smaller moon passes behind the larger one.

Original image data dated on or about October 27, 2009 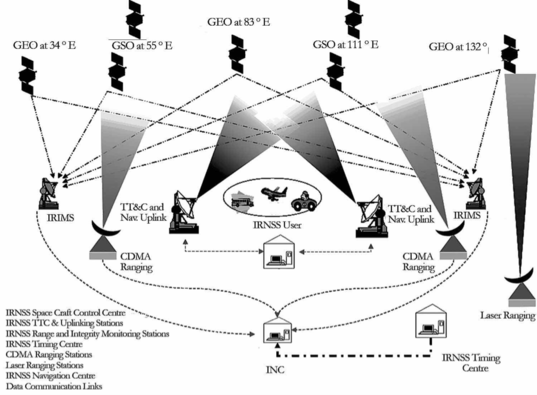 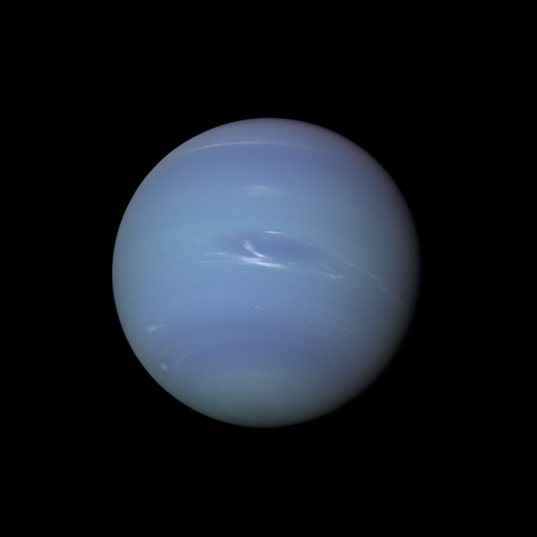 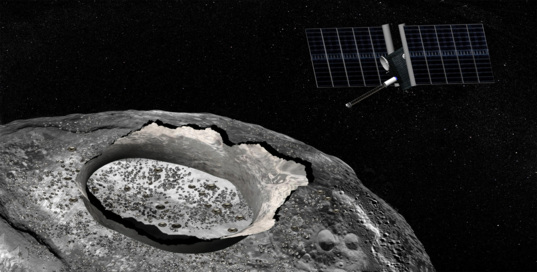 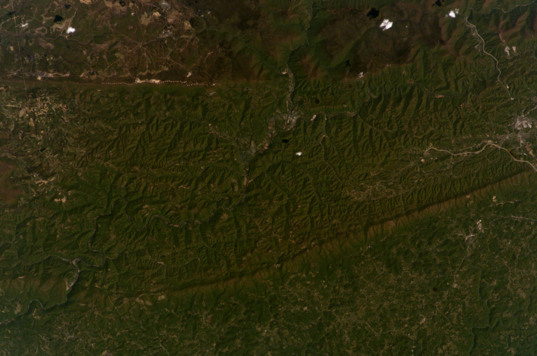