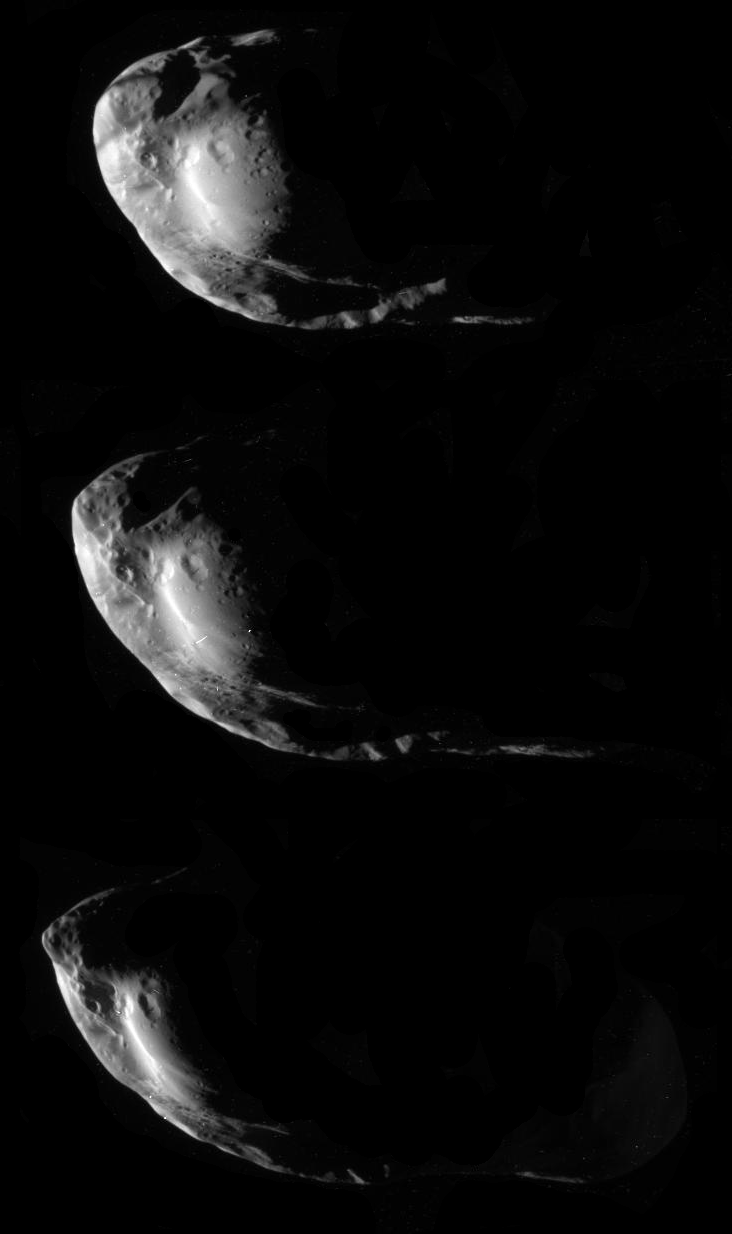 These three views of Prometheus were captured through a clear filter by Cassini's narrow-angle camera on 27 January 2010. Unlike Cassini's previous view, the more dramatic (high-phase) lighting emphasizes craters of a wide range of sizes. In the bottom image, a few details are visible in Saturnshine.

Black areas in the images have been cleaned of cosmic ray hits, but bright areas still retain bright dots and streaks from charged particles hitting the camera detector while the photos were being taken. 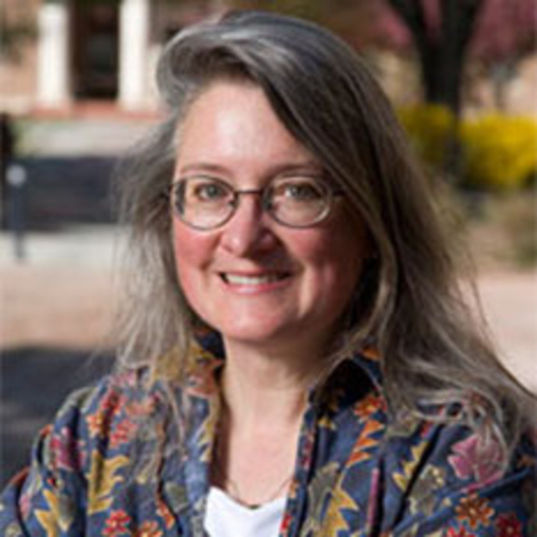 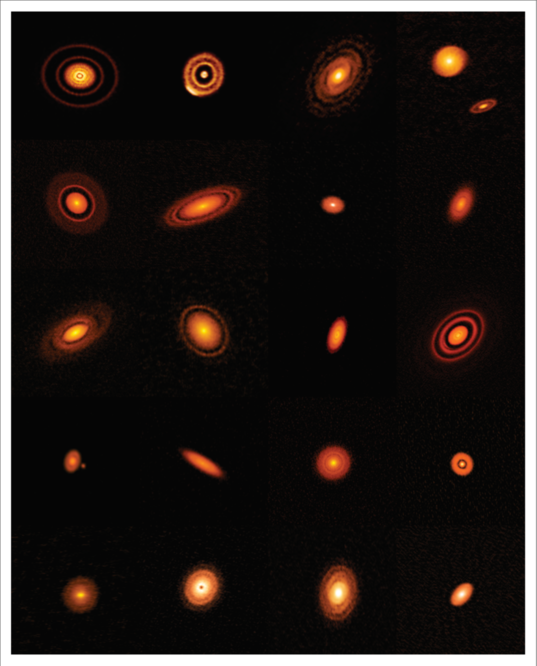 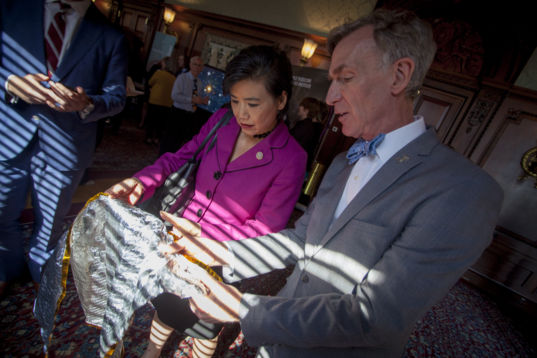 Rep. Judy Chu (D-CA) gets a lesson on solar sailing from Bill Nye 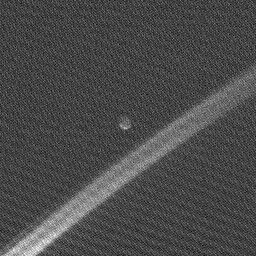