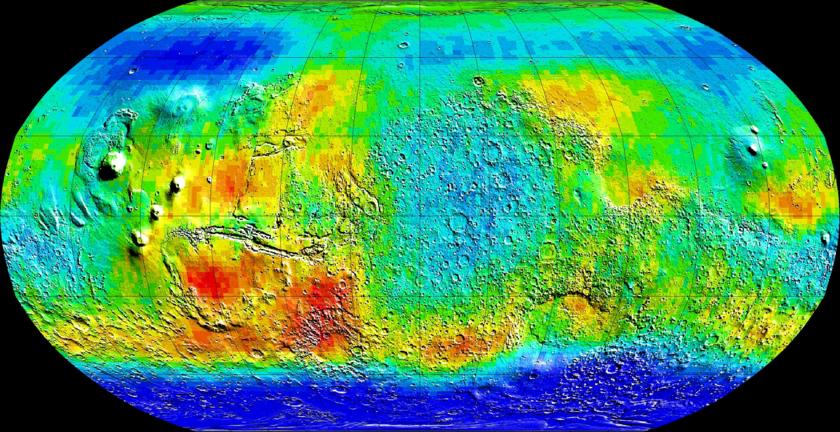 Observations by NASA's 2001 Mars Odyssey spacecraft show a global view of Mars in intermediate-energy, or epithermal, neutrons. Soil enriched by hydrogen is indicated by the deep blue colors on the map, which show a low intensity of epithermal neutrons. Progressively smaller amounts of hydrogen are shown in the colors light blue, green, yellow and red. The deep blue areas in the polar regions are believed to contain up to 50 percent water ice in the upper meter of the soil. Hydrogen in the far north is hidden at this time beneath a layer of carbon dioxide frost. Light blue regions near the equator contain slightly enhanced near-surface hydrogen, which is most likely chemically or physically bound because water ice is not stable near the equator.

The view shown here is a map of measurements made during the first three months of mapping using the neutron spectrometer instrument, part of the gamma ray spectrometer instrument suite. The central meridian in this projection is zero degrees longitude. Topographic features are superimposed on the map for geographic reference. 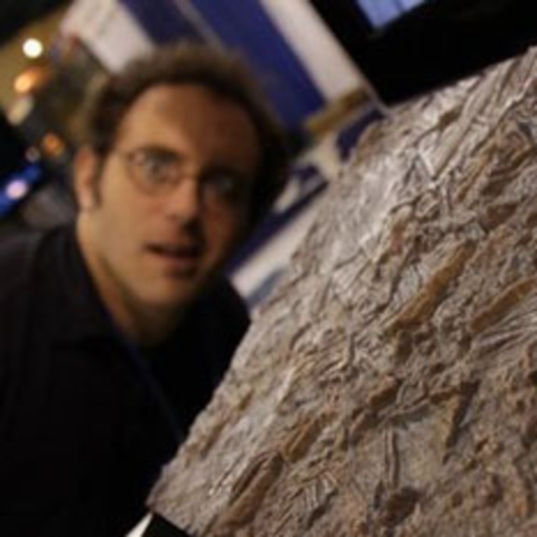 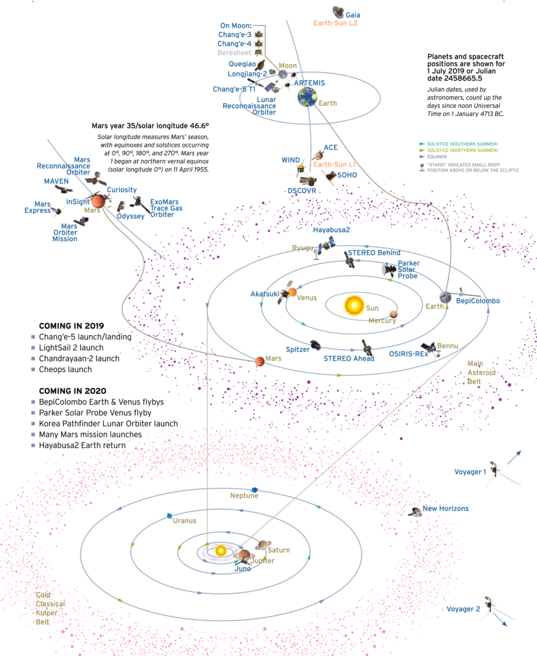 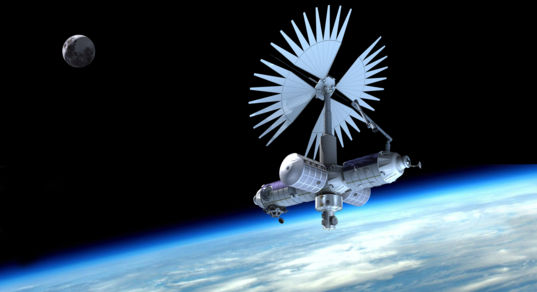 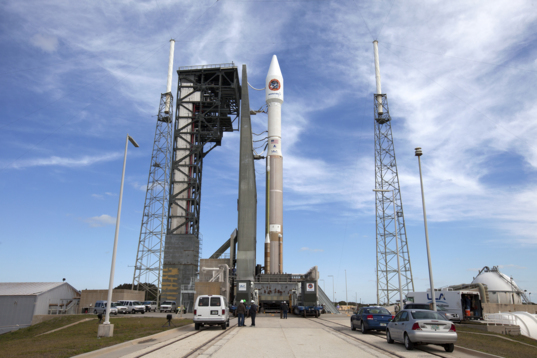 Atlas V with Cygnus OA-6 on the pad 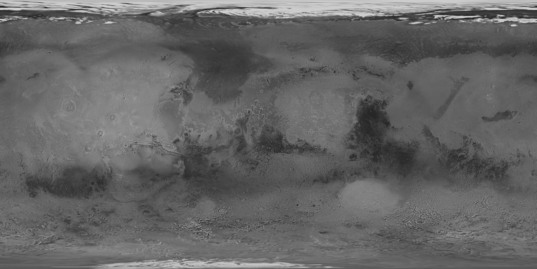 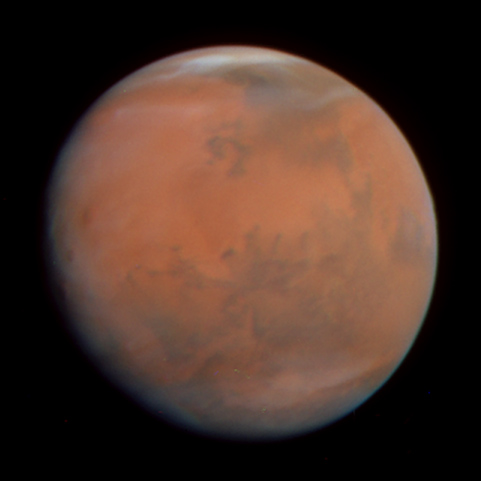