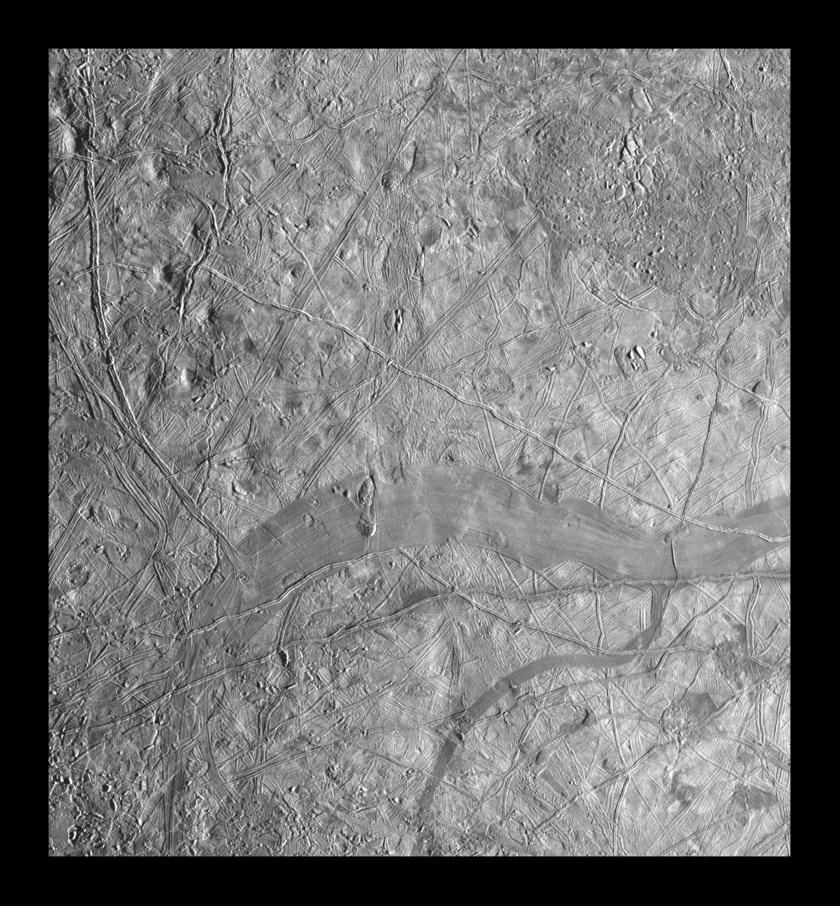 Chaos terrain on Europa, in the upper right of this image, is a place where the bright, icy crust has been broken and deformed. It represents some of the most recent geologic activity on Europa. In the southern part of the image is a smooth, gray band provisionally named Phaidra Linea, where the crust has pulled apart, separating preexisting geologic features, much like a mid-ocean ridge on Earth. The image covers an area roughly 350 kilometers square near Europa's equator.

Original image data dated on or about November 6, 1997 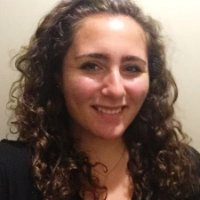 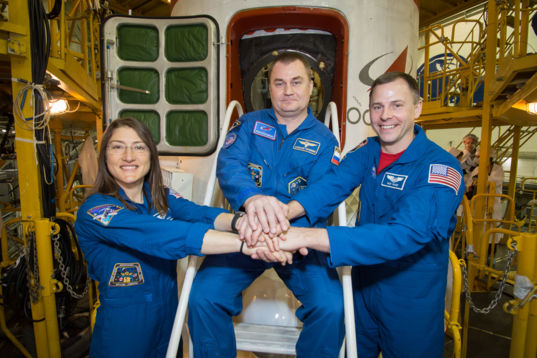 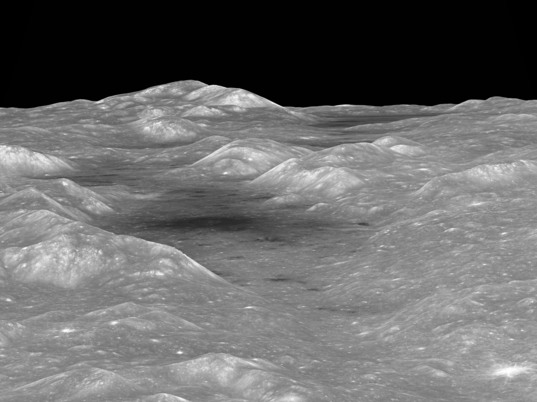 Oblique view of the Orientale basin 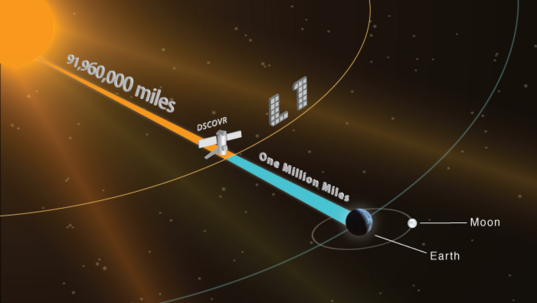 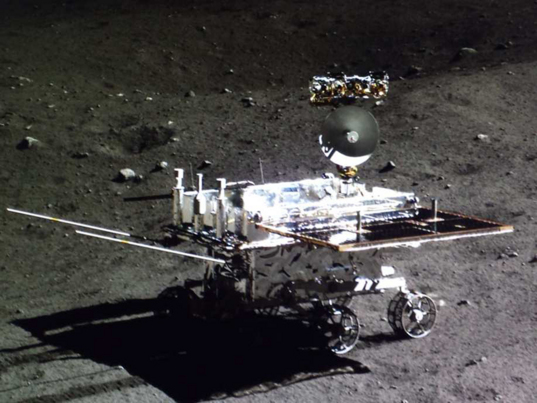 Yutu on the Moon: looking at the lander 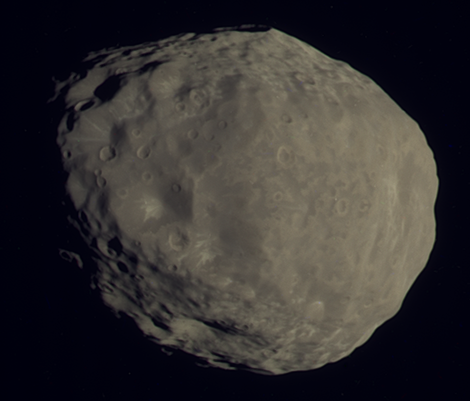