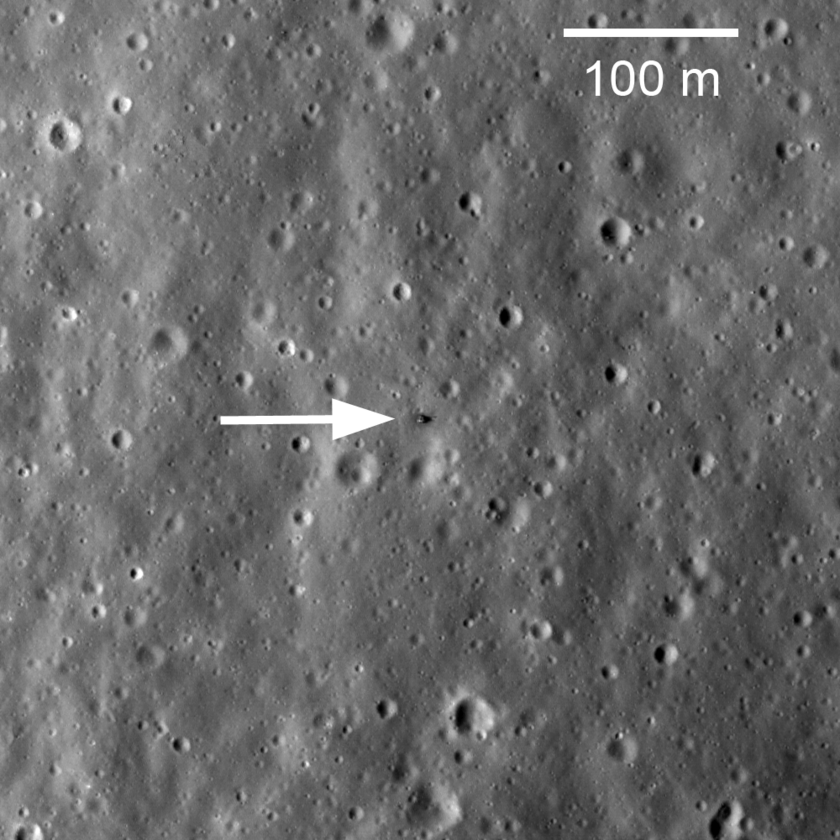 The Luna 20 descent stage has been sitting on the lunar highlands since its landing on February 21, 1972. On February 22, 1972, a sample return capsule launched from this spot, carrying 55 grams of lunar soil back to Earth. 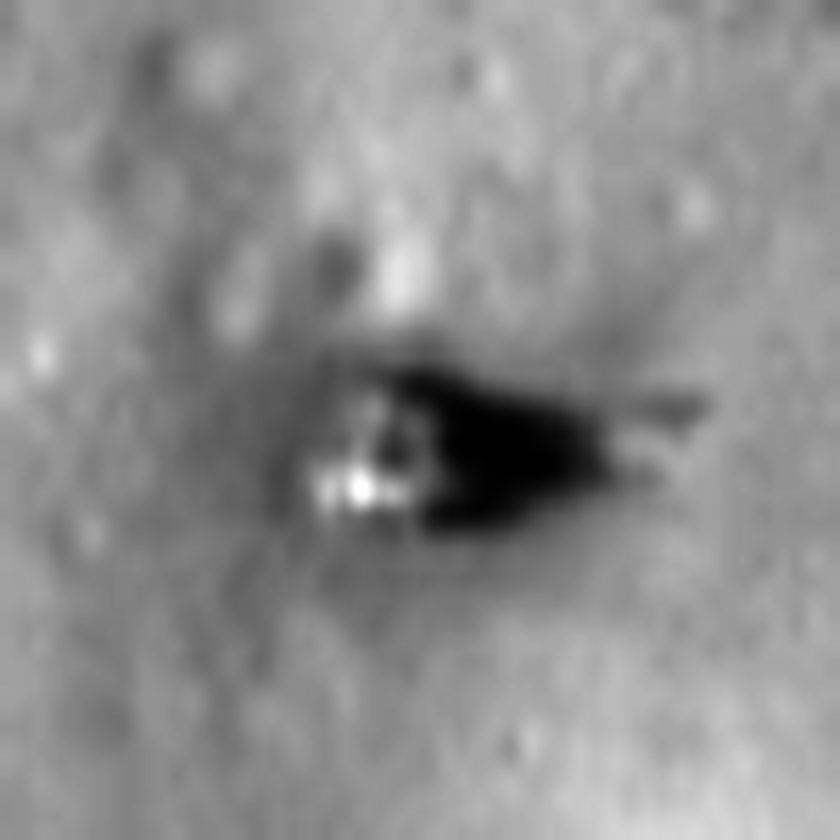 This Lunar Reconnaissance Orbiter Camera image of the Luna 20 lander has been enlarged from its original resolution. To the right of the dark shadow of the lander, the shadow extends into a dark hand -- the raised sampling arm, apparently waving back at the orbiter. 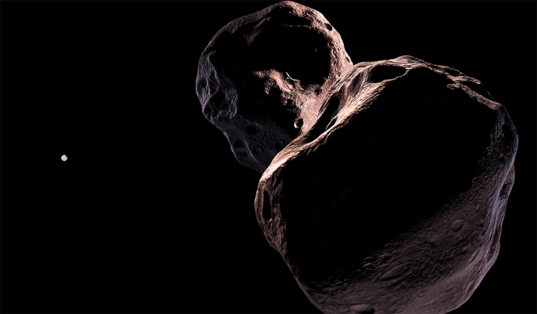 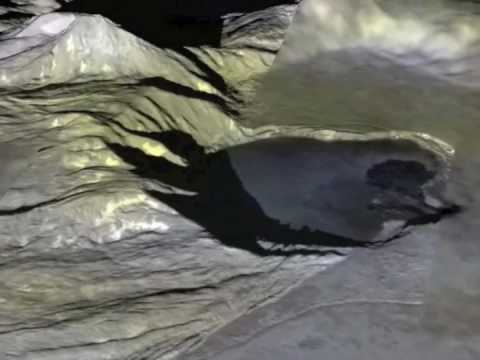 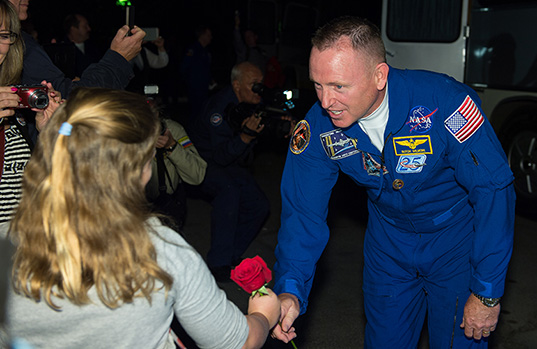 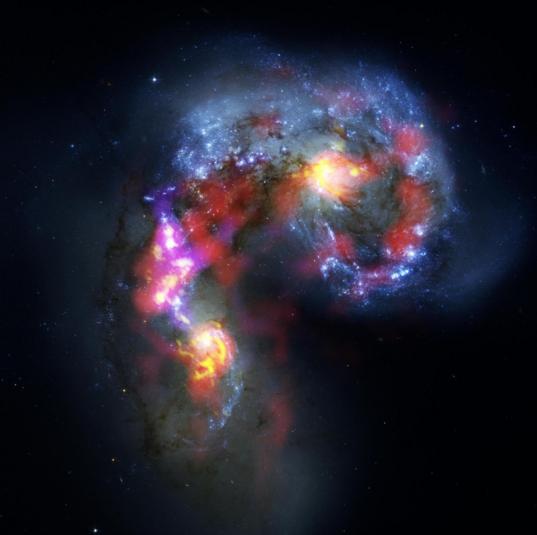 ALMA and Hubble Composite of the Antennae Galaxy 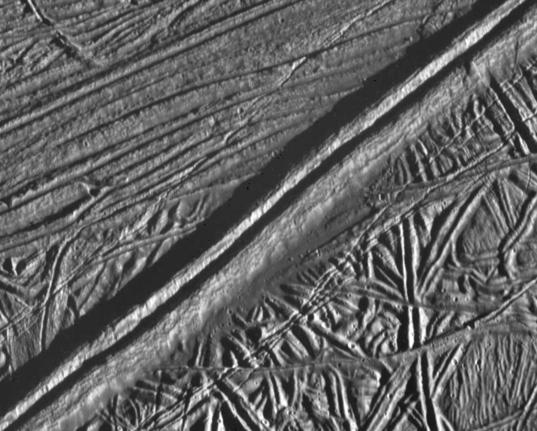 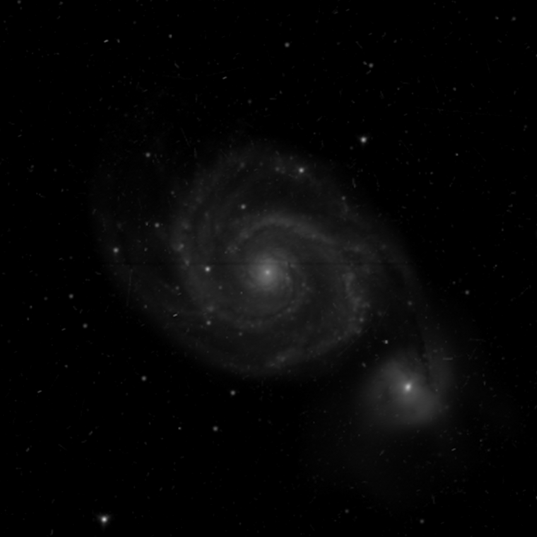