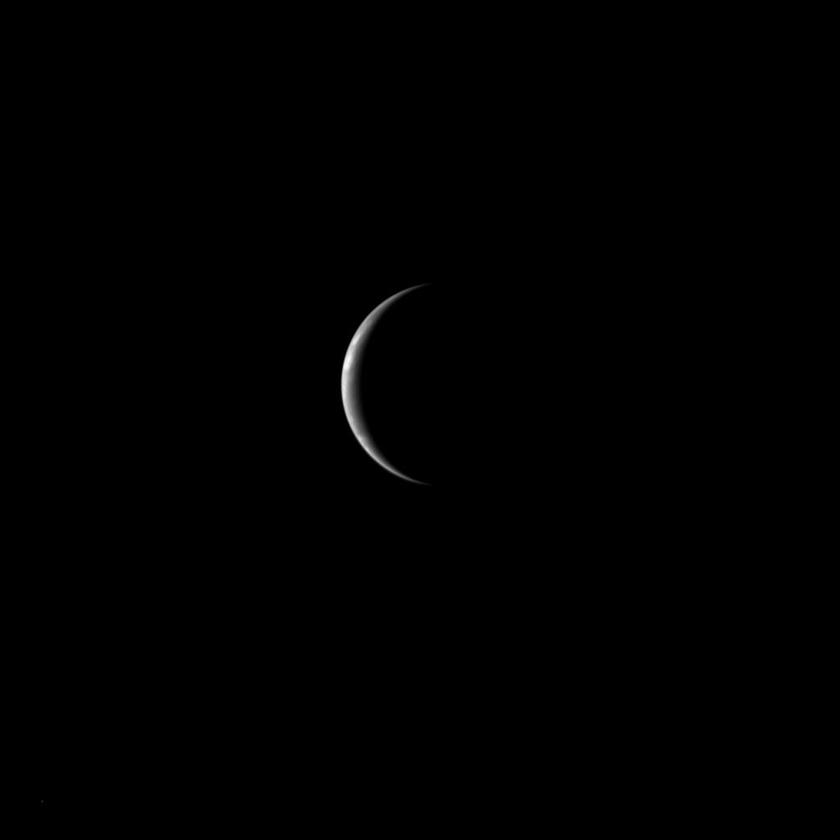 As Akatsuki sped away from Earth, it captured "First Light" images with its optical instruments pointed at its home planet in an extreme UV phase. This view is from the UVI camera, which captures images at a near-ultraviolet wavelength of 365 nanometers.

Here are views from the other two instruments. 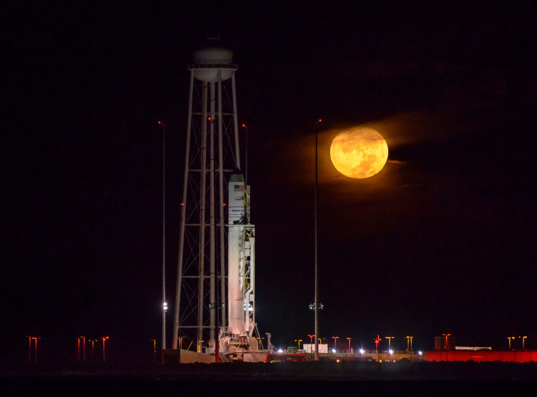 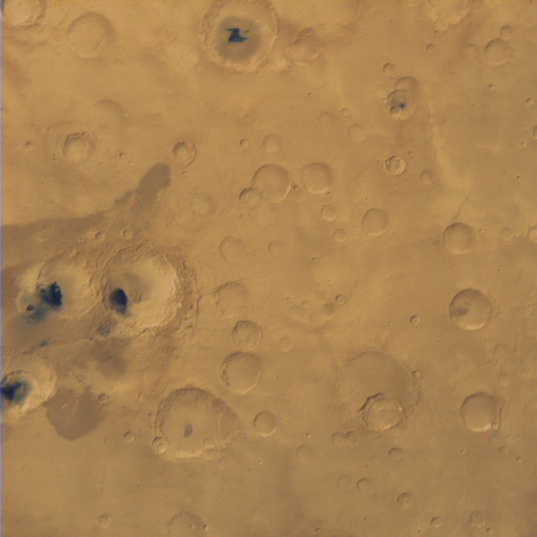 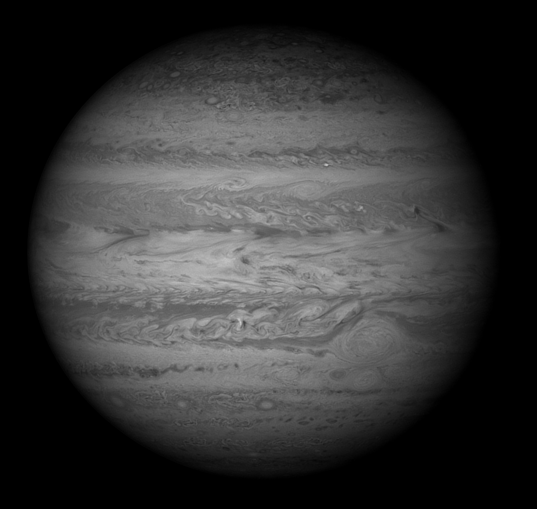 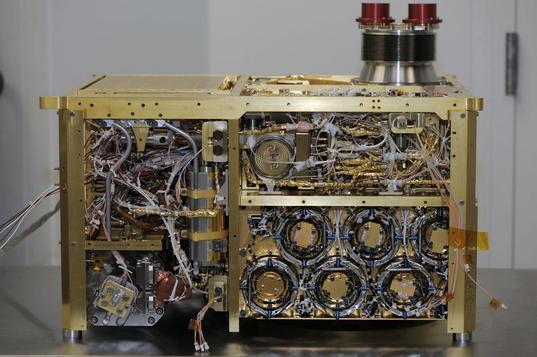