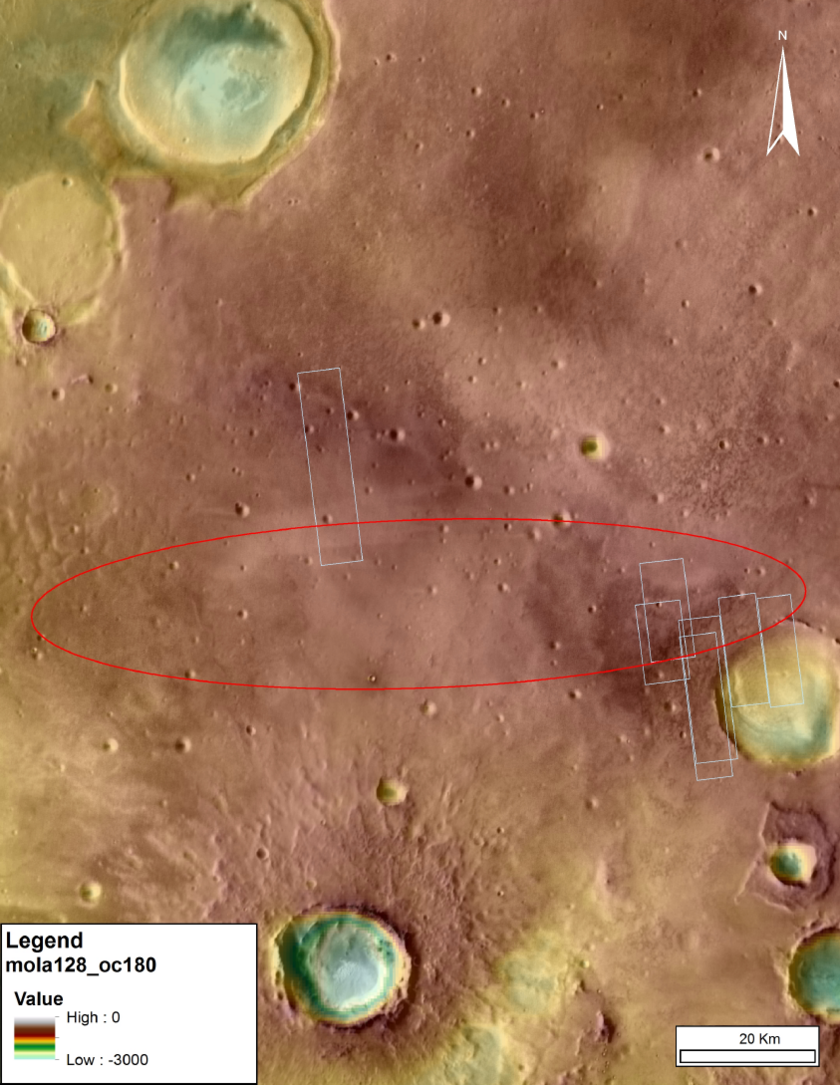 The ExoMars 2016 entry, descent, and landing demonstrator module, also known as Schiaparelli, will touch down on Mars in October 2016 within the solid ellipse marked on this image in Meridiani Planum. Colors represent topography from the Mars Global Surveyor Mars Orbiter Laser Altimeter (MOLA). The lowest elevation areas in this image are shown in pale yellow and green, while the higher plains are shown in brown. The largest crater to the right (East) of the image is Endeavour, which is about 22 km in diameter. NASA's Opportunity rover has been studying its western rim since 2011.

The ellipse shown here measures about 115 km east-west and 25 km north-south, and takes account of all landing ellipses that would arise from a launch during the launch window of March 14–25, 2015. 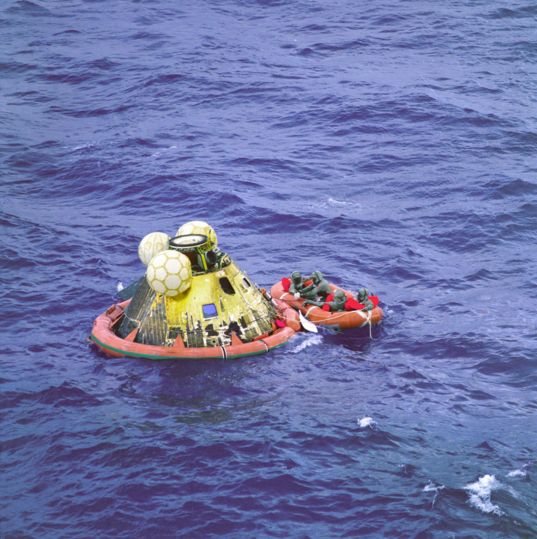 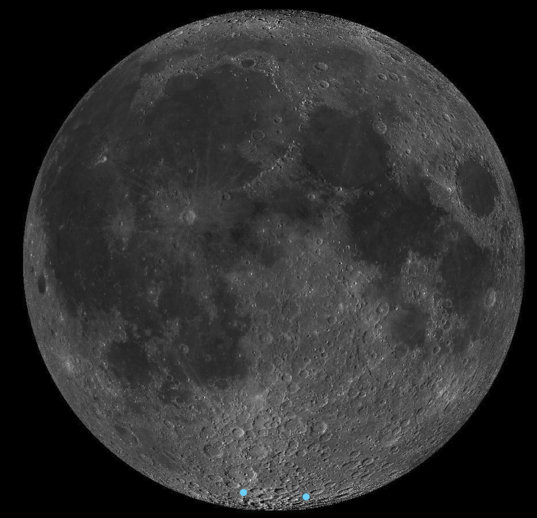 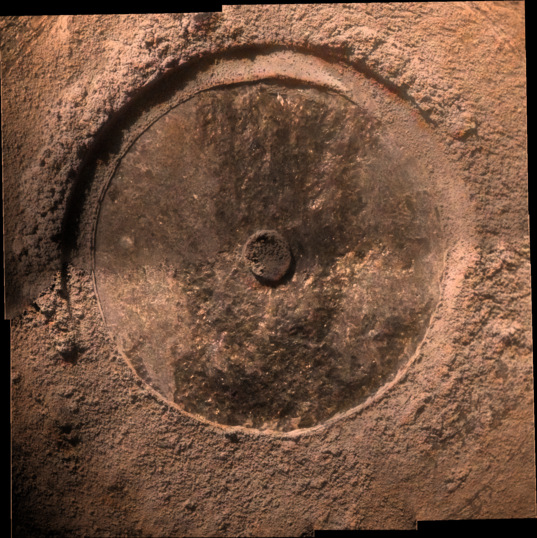 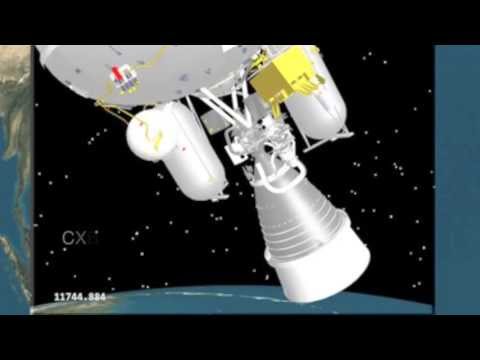