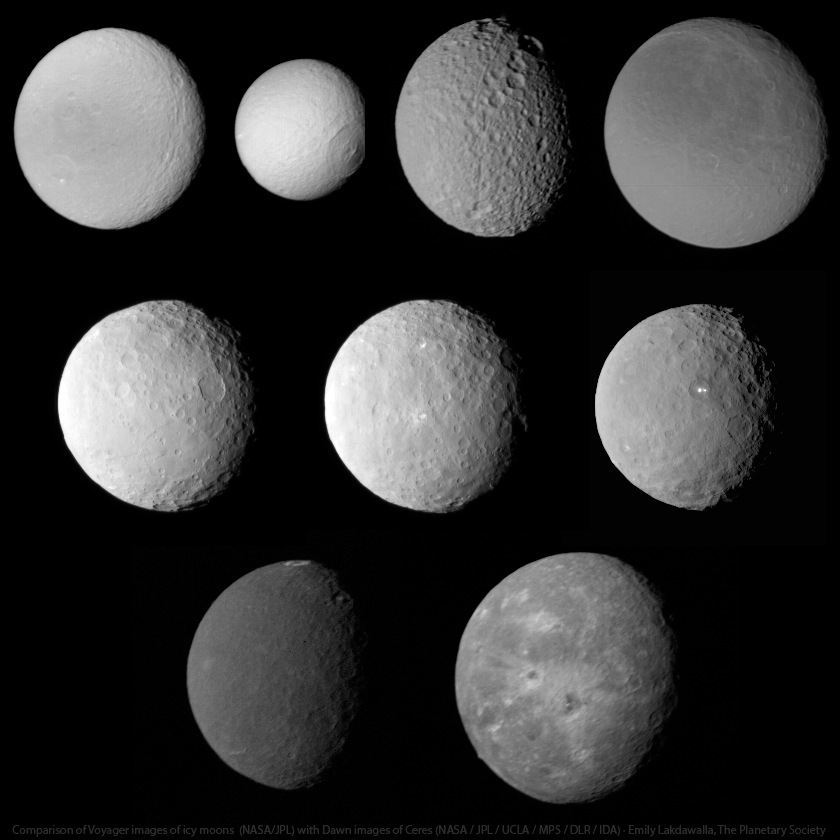 Ceres bears many similarities to the mid-sized icy moons of the outer solar system. This collage compares Dawn images of Ceres taken on February 12, 2015, with photos of moons of Saturn and Uranus taken by the Voyager missions. The Ceres images are in the middle row. The top row contains moons of Saturn: two different views of Tethys, then Mimas and Rhea. The bottom row contains moons of Uranus: Umbriel and Oberon. All are shown at their original resolutions. The scale on the images varies, but the moons are all between 400 and 1500 kilometers across.

Original image data dated on or about February 12, 2015 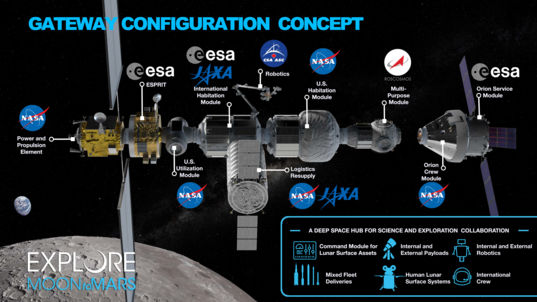 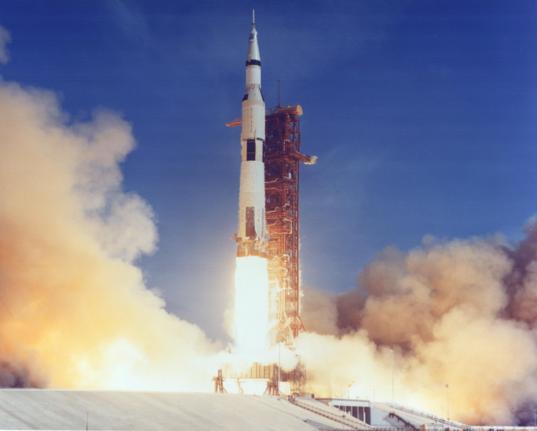 Apollo 11 liftoff from pad 39A 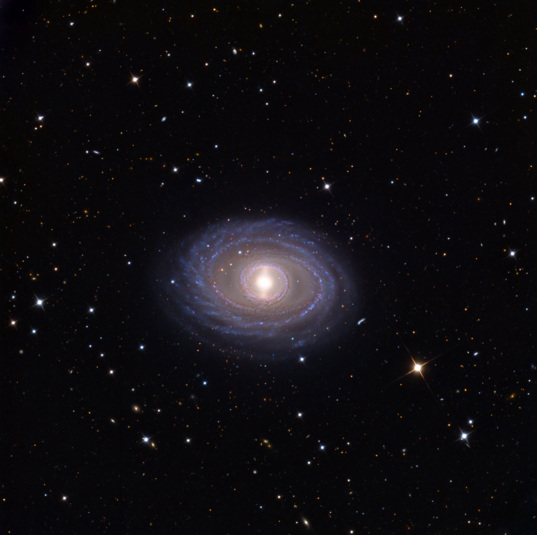 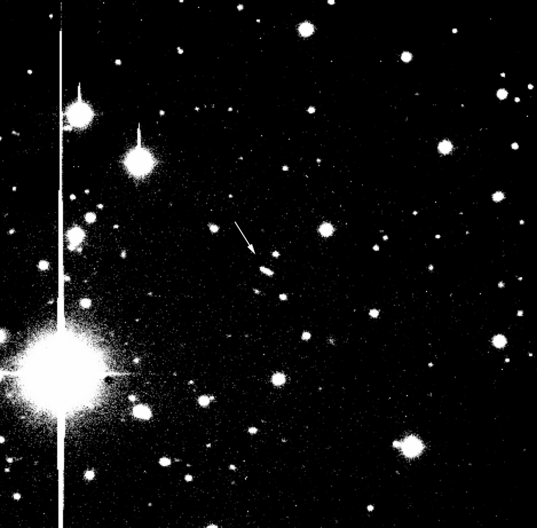