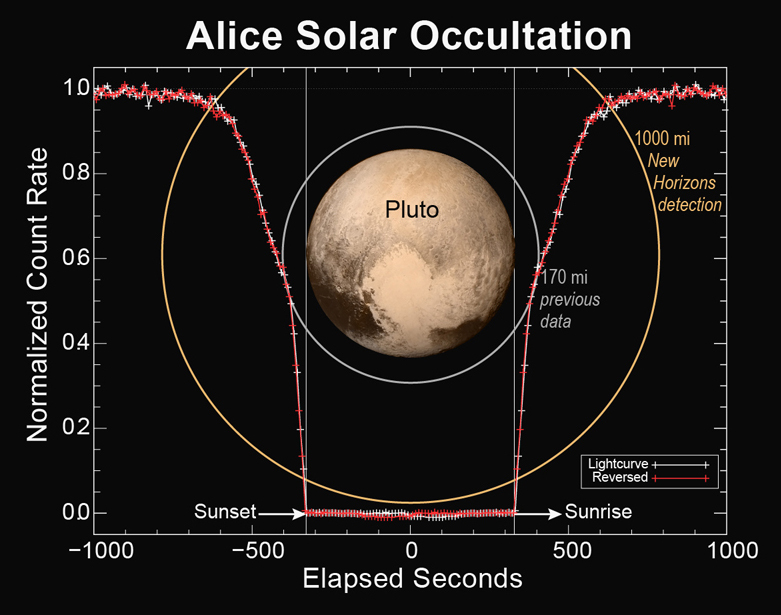 This figure shows how the Alice instrument count rate changed over time during the sunset and sunrise observations. The count rate is largest when the line of sight to the sun is outside of the atmosphere at the start and end times. Molecular nitrogen (N2) starts absorbing sunlight in the upper reaches of Pluto’s atmosphere, decreasing as the spacecraft approaches the planet’s shadow. As the occultation progresses, atmospheric methane and hydrocarbons can also absorb the sunlight and further decrease the count rate. When the spacecraft is totally in Pluto’s shadow the count rate goes to zero. As the spacecraft emerges from Pluto’s shadow into sunrise, the process is reversed. By plotting the observed count rate in the reverse time direction, it is seen that the atmospheres on opposite sides of Pluto are nearly identical. 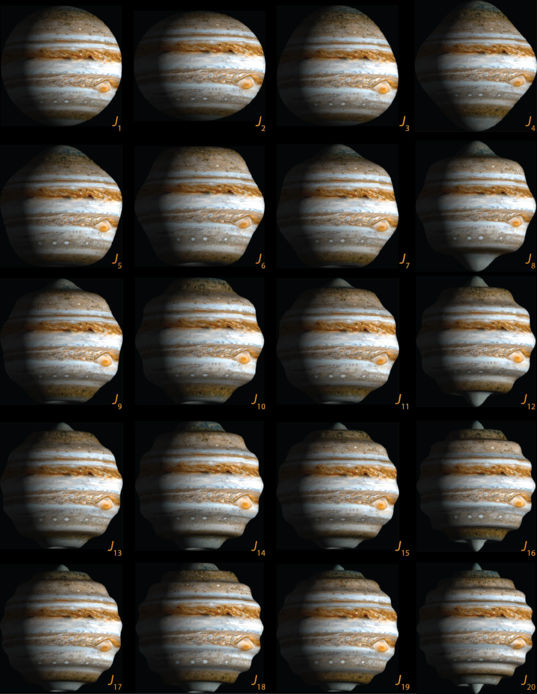 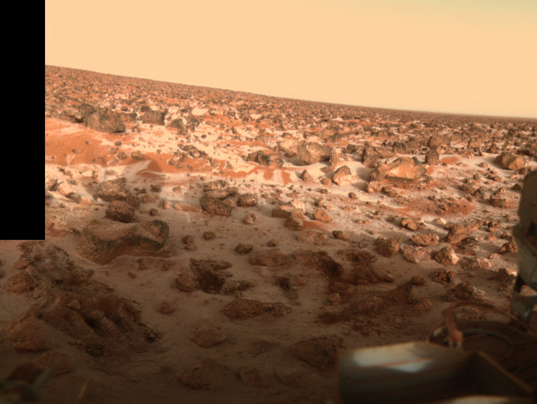 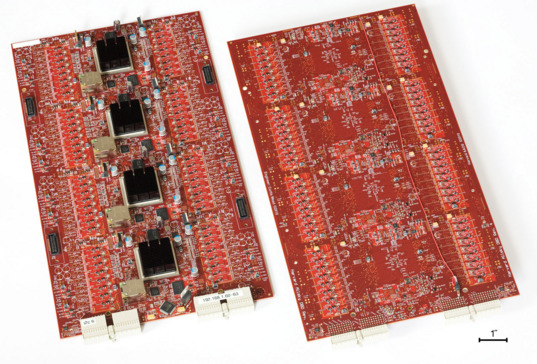 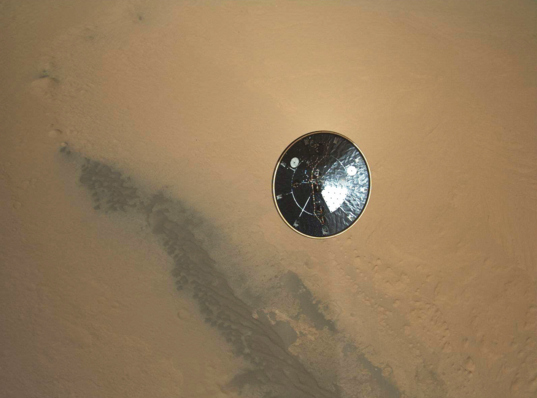