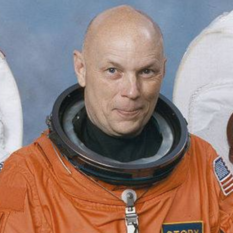 The Los Angeles celebration of Yuri’s Night came six days early this year. It attracted hundreds of space party animals, along with celebrities like Bill Nye and Story Musgrave. Host Mat Kaplan talked with both under the wing of space shuttle Endeavour. Jason Davis is counting down to Space IL’s attempt to soft land Beresheet on the Moon. “Where We Are” is a great new visual feature of the Planetary Society. Emily Lakdawalla introduces us to it. There’s a lot to see in the night sky! Get a What’s Up preview from Bruce Betts. 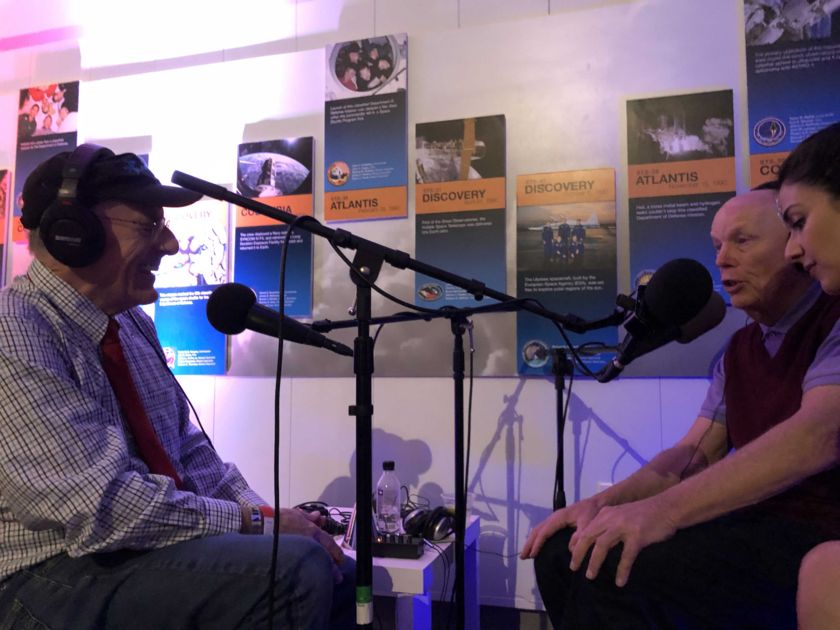 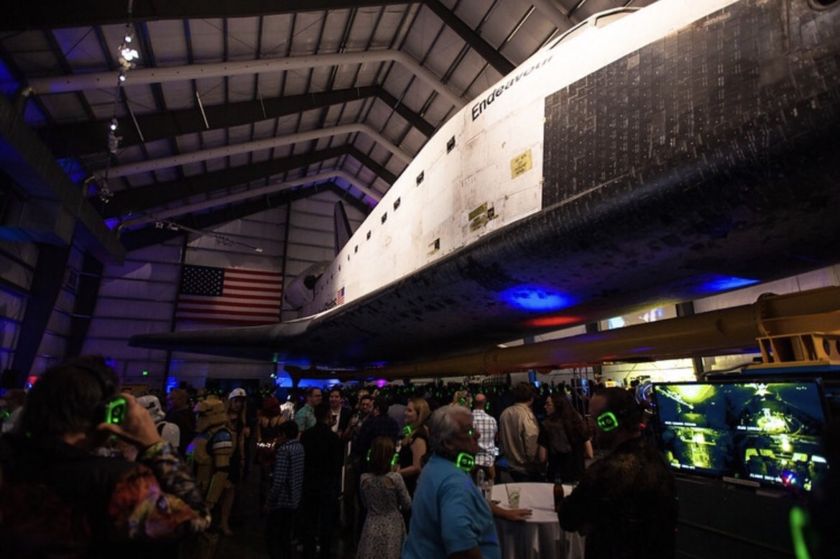 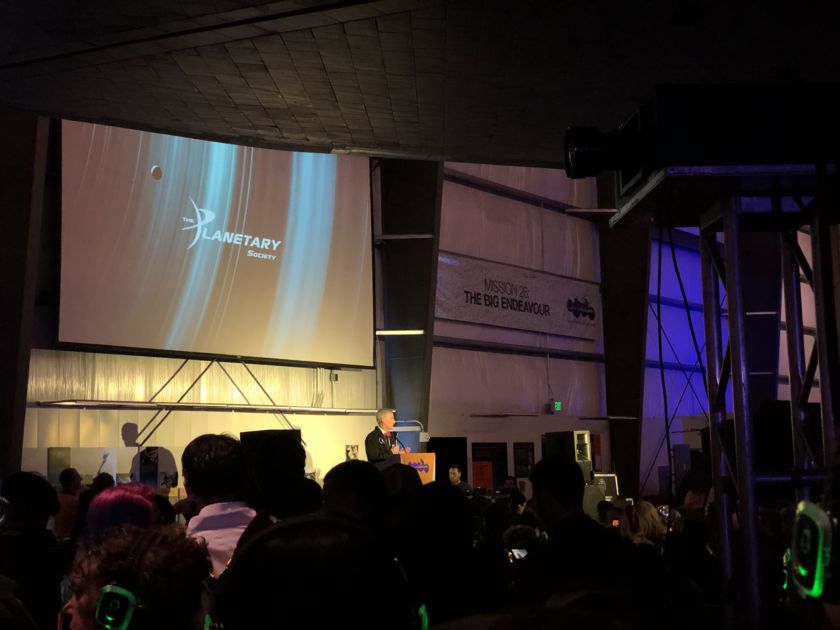 What telescope was used to discover the soon-to-be-named 2007 OR10, Eris, Quaoar, Sedna, Orcus and other distant objects?

Complete the contest entry form at http://planetary.org/radiocontest or write to us at planetaryradio@planetary.org no later than Wednesday, April 17th at 8am Pacific Time. Be sure to include your name and mailing address.

Where in the solar system, but not on Earth, is a feature named Mozart?

On what types of bodies have we landed spacecraft that have transmitted (survived) after landing? Hint: Planets are one type.

Spacecraft have landed on planets, moons, asteroids, and one comet.

Story is a straight talker who informs as it is and keeps it real. These are some of the space pioneers who thought and said things as it happen, with respect. Today astronauts need to deliver the information as correctly possible and never waver from it, so that the people can understand and support what the challenges are there to come. Mat interview a person who has great knowledge and experience from an era of long ago. Bill thanks for being a space explorer representative for all Human, which is require to inform the international public of the necessary to expand into the beyond.