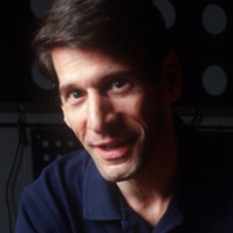 The dust is settling on the Red Planet. Is the remaining Mars Exploration Rover about to rise and shine after three months of slumber? MER Project Manager John Callas returns with a realistic yet hopeful assessment. He also tells us what Opportunity will be asked to do after we hear from her. Planetary Society Senior Editor Emily Lakdawalla returns with a preview of China’s next two missions to the Moon, one of which will make the first-ever farside landing. How close is the nearest black hole? We’ll get the answer as Bruce and Mat explore the night sky in this week’s What’s Up. 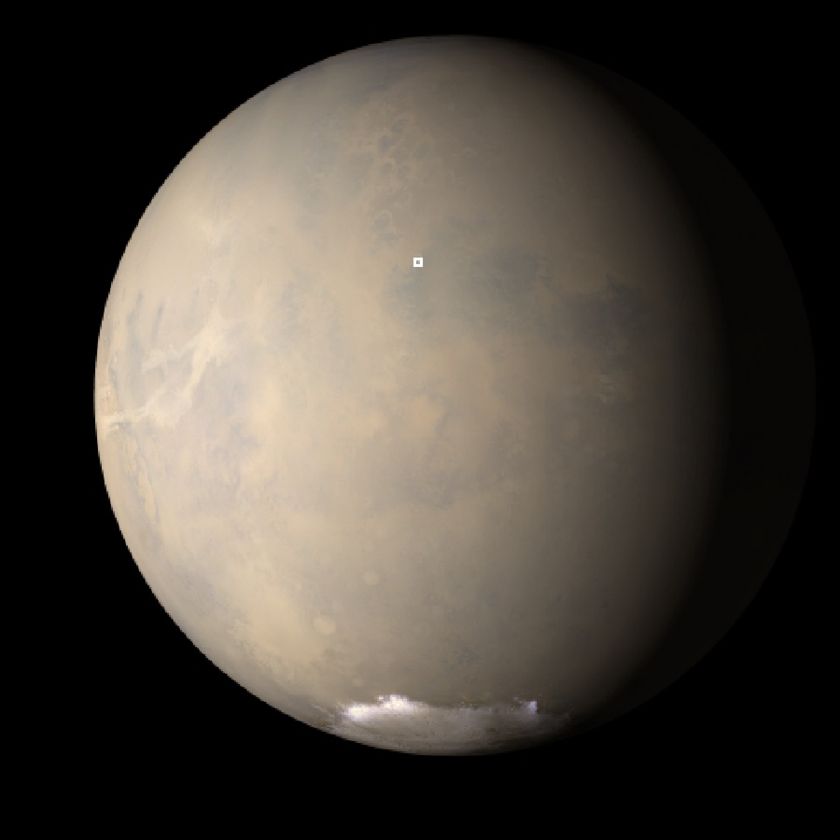 In August, the rare planet-encircling dust event (PEDE) that blanketed the Red Planet in June was on the wane. The image above, taken by the Mars Color Imager camera onboard the Mars Reconnaissance Orbiter (MRO) and processed by Bruce Cantor at Malin Space Science Systems (MSSS) was taken near the end of the month. It shows the latest global view of Mars. The tiny dot in upper third of planet represents Opportunity’s location. The MER team is beginning an active listening campaign to re-establish communication with Opportunity in September. 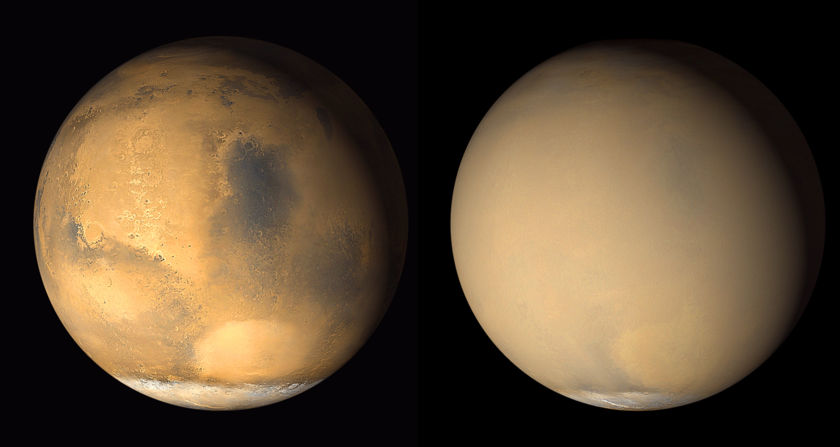 Two images, taken about a month apart in 2001 by the Mars Orbiter Camera (MOC) onboard the now decommissioned Mars Global Surveyor orbiter, show the dramatic change in the planet's appearance when a planet-encircling dust event grew and became globally distributed. This was the first planet-encircling dust event that NASA’s Mars Exploration Program witnessed in 20 years of constant observation. Another one followed in 2007 during, which Opportunity survived. This recent PEDE is bigger and ‘sat’ at Endeavour and churning up dust for days. If however “things track the way they did in that storm,” said Rich Zurek of the Mars Program Office at JPL and MRO, Opportunity could phone home sometime in September this year. 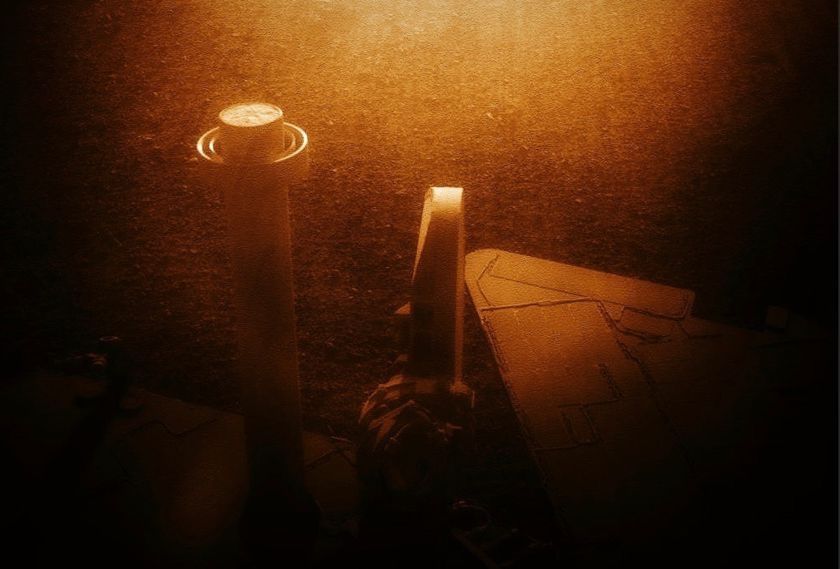 The Sun came out again at Endeavour Crater in August as the dust from the global storm settled out. This artistic image was processed by author, astronomy outreach educator, Stuart Atkinson, who has also followed this rover’s journey for years. See his The Road to Endeavour.

This Week’s Prizes:
A svelte Planetary Radio t-shirt from the Planetary Society Chop Shop store, a 200-point iTelescope.net astronomy account, and a code for the free download of Distant Suns (+VR) (iOS devices only).

Time again to play Where in the Solar System? Where in the solar system is a crater named Math? (Sadly, unrelated to Mathew Kaplan.)

Complete the contest entry form at http://planetary.org/radiocontest or write to us at planetaryradio@planetary.org no later than Wednesday, September 19th at 8am Pacific Time. Be sure to include your name and mailing address.

What is the diameter of the Voyager 1 and 2 high-gain antennas?