It has been 40 years since Carl Sagan and others shared the best of humanity with the stars. A new online multimedia project has been created as a 21st century homage to the Golden Record. We visit with two of its creators, Stephen Canfield of WeTransfer, and Jacinte Faria of Stink Studios. Drill baby drill! That’s what the Curiosity team has asked the mars rover to do for the first time in months, after pausing to take a selfie. Emily Lakdawalla provides a mission update. Jason Davis tells us about NASA’s new name and plans for a space station near the Moon. Bruce Betts joins Mat for another visit to the stranger things in the night sky. Win a 3 LP boxset of the Voyager Golden Record recordings in the space trivia contest! 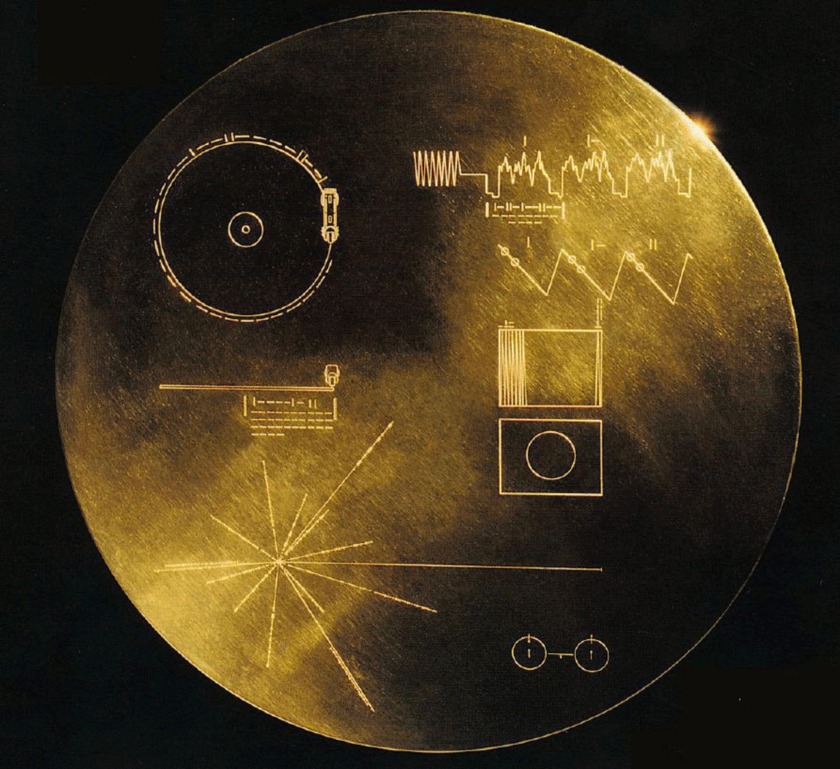 On board each Voyager spacecraft is a time capsule: a 12-inch, gold-plated copper disk carrying spoken greetings in 55 languages from Earth’s peoples, along with 115 images and myriad sounds representing our home

An image from the Greetings section of A Message From Earth

A Message From Earth

An image from the Greetings section of A Message From Earth

What is the second brightest star in the night sky as seen from either hemisphere?

Complete the contest entry form at http://planetary.org/radiocontest or write to us at planetaryradio@planetary.org no later than Wednesday, March 7th at 8am Pacific Time. Be sure to include your name and mailing address.

What two planets in our solar system have about the same surface gravity?

What was the last launch of a successful wheeled vehicle, with success defined as driving on another world?

China’s Yutu or Jade Rabbit lunar rover is the most recently-launched wheeled vehicle that has driven on another world.