In two years a Near Earth Asteroid now known as Bennu will have a visitor from Earth. OSIRIS REx Principal Investigator Dante Lauretta reports on his mission’s successful launch. Bill Nye was in Florida for last week’s liftoff. Emily Lakdawalla shares the details of Rosetta’s last days, ending with a gentle impact on comet 67/P. Bruce Betts and Mat Kaplan reveal the amazing story behind a Soviet space shuttle that has traveled extensively, but not into space. 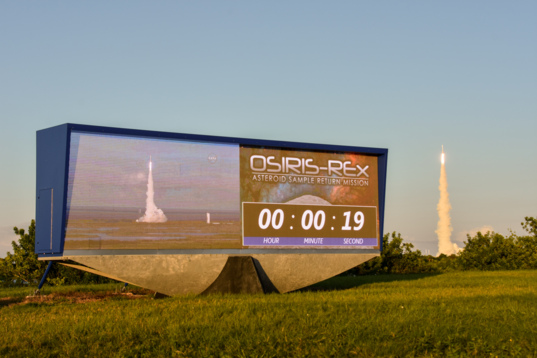 Complete the contest entry form at http://planetary.org/radiocontest or write to us at planetaryradio@planetary.org no later than Tuesday, September 20th at 8am Pacific Time. Be sure to include your name and mailing address.