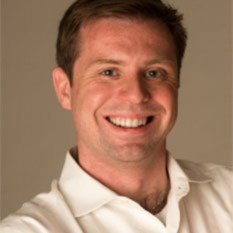 Steep canyons on Saturn's moon Titan are filled with liquid methane. That's the discovery just announced by an international team of Cassini scientists, including Alex Hayes. Emily Lakdawalla takes us up to Curiosity on Mars, while Bill Nye celebrates the US National Park Service. It's a Deep Space What's Up segment with Bruce Betts.

NASA's Cassini spacecraft pinged the surface of Titan with microwaves, finding that some channels are deep, steep-sided canyons filled with liquid hydrocarbons. One such feature is Vid Flumina, the branching network of narrow lines in the upper-left quadrant of the image. The image was acquired on 26 September 2012, on Cassini's 87th close flyby of Titan.

If you designed an Olympic event for another world in our solar system, what would it be and where would it be? Mat and Bruce will very subjectively judge the coolness and/or humor of responses.

Complete the contest entry form at http://planetary.org/radiocontest or write to us at planetaryradio@planetary.org no later than Tuesday, August 23rd at 8am Pacific Time. Be sure to include your name and mailing address.

What is the name of the second tallest mountain on Mars?

What spacecraft flew past comet 19P/Borrelly in 2001?

Deep Space 1 was the spacecraft that encountered comet 19P/Borrelly in 2001.

Human memory is both very fallible and very deceptive, but my memory is that it was Deep Space 1.

DS1's spectacular encounter with Borrelly was the culmination of its two-year extended mission and yielded NASA's first close-up pictures of the nucleus of a comet, as well as other data. (They were also the first cometary pictures sharp enough for geological analysis.) It was an exciting event, but many people may not have heard much about it at the time because it occurred on September 22, 2001, when the world's news was focused on other events. In addition to the value for science and the cool pictures, DS1's findings revealed unanticipated properties of comets that led to changes in the strategy for other comet encounters that NASA was then planning. Although DS1's extended mission was devoted exclusively to comet science, its primary mission had been dedicated to testing a dozen advanced, high risk technologies, some of which proved crucial for subsequent interplanetary missions.

On a personal note, I am not only a fan of Planetary Radio, but I'm also a lifelong space enthusiast and was the project manager and leader of the team that flew DS1 to the comet. In the extremely rewarding career I've been lucky to have at JPL, of all my fascinating and exciting experiences, DS1's visit to Borrelly was certainly the single most thrilling. And on that, I am confident of the reliability of human memory.

Regards,
Marc Rayman, JPL
[Marc is also Chief Engineer and Mission Director for the Dawn mission now orbiting Ceres. He writes the Dawn Journal blog, and has been heard on Planetary Radio many times.]