Movers and Shakers at SpaceCom Expo

We join 1,600 space entrepreneurs and visionaries in Houston, and talk with Boeing, XCOR, Johnson Space Center Director Ellen Ochoa and more. Emily Lakdawalla was there when the preliminary design for a zoom lens on Mars was approved. Bill Nye looks forward to the return of humans reaching Earth orbit aboard U.S. spacecraft. What’s Up offers a Black Friday prize package in the new space trivia contest. 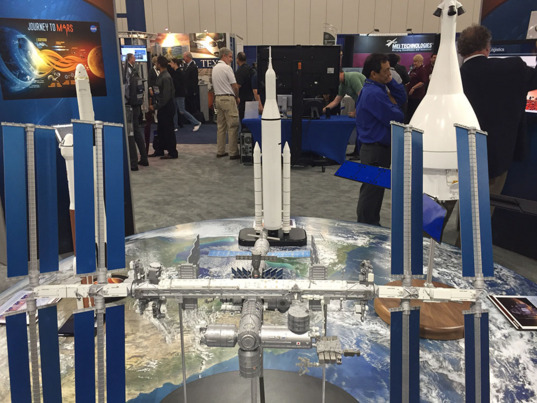 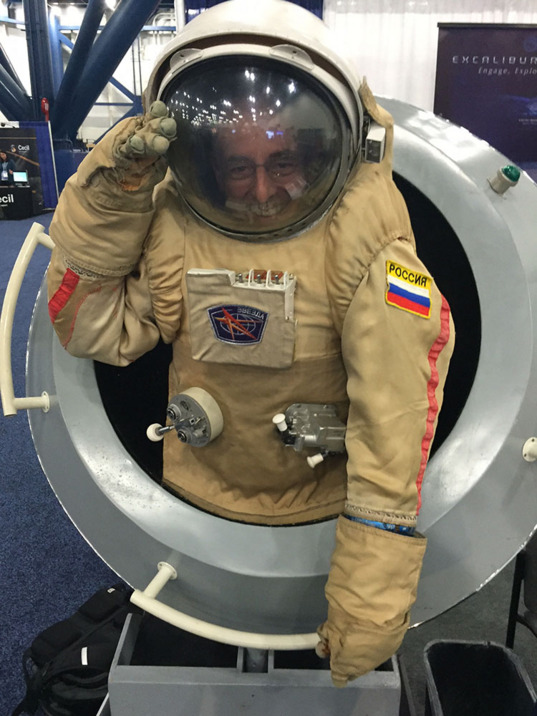 Mat in a Russian spacesuit

This week's prizes are a lovely Planetary Radio t-shirt, a set of 2016 Year In Space Desk and Wall Calendars, and a 200-Point iTelescope.net astronomy account.

Complete the contest entry form at http://planetary.org/radiocontest or write to us at planetaryradio@planetary.org no later than Tuesday, December 1st at 8am Pacific Time. Be sure to include your name and mailing address.

What was the only space shuttle mission that experienced a main engine failure yet still made it to its planned orbit?

The STS-51-F mission of Challenger experienced a main engine failure yet till made it to orbit.

Next month will be the release of Star Wars: The Force Awakens! I hope you'd better provide us a treat to that.